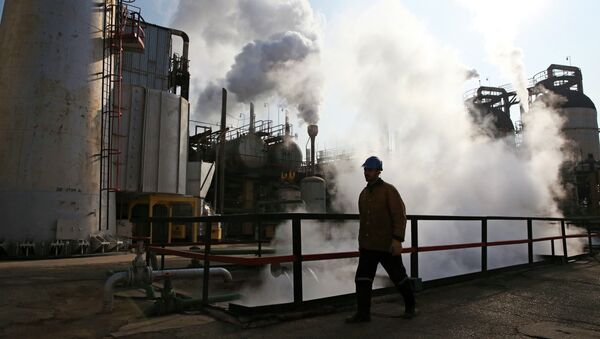 US Special Envoy to Iran Brian Hook told Reuters on Tuesday that before US sanctions targeting Iranian oil exports come into effect, which is expected to happen in November, the US will "have a well-supplied [oil] market."

The US re-imposed sanctions against Iran during the Trump administration after the president declined to renew US involvement in the internationally-negotiated Joint Comprehensive Plan of Action (JCPOA), or Iran Nuclear Deal, in May. The US sanctions were in place prior to the 2015 agreement but were halted in compliance with the terms of the deal.

On Monday, the EU foreign policy chief and foreign ministers of Russia, China, France, the UK, Germany and Iran decided to establish a mechanism known as a "special purpose vehicle" to enable EU companies to transact with Iran. The special mechanism to facilitate trade of the EU companies with Iran in the context of the US sanctions against Tehran is unlikely to change economic realities and businesses' preferences of the American market over Iranian, Hook told reporters on Tuesday.

"All the major corporations have made the decision to leave Iran. They are making a decision based on business. So I think this is a choice between Iran and the United States… Very few companies are going to choose Iran over the United States. That is an economic reality. So I don't think we need to spend a lot of time on the special purpose vehicles, there is some risk of overemphasizing its importance," Hook said.

He was in New York City on Tuesday as world leaders convened for the United Nations General Assembly (UNGA). "The United States has launched a campaign of economic pressure to deny the [Iranian] regime the funds it needs to advance its bloody agenda," Trump said during his speech. "Additional sanctions will resume November 5, and more will follow."