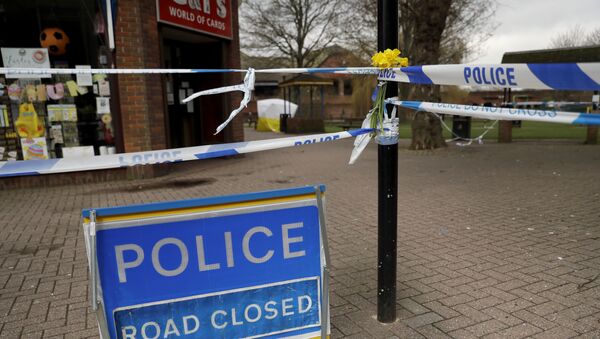 LONDON (Sputnik) - The UK police are questioning a couple who claimed they fell ill in a pizzeria in Salisbury after several people were allegedly poisoned with a nerve agent in this English city.

A source close to local police told Sputnik on Thursday that the woman had already been questioned and they now planned to speak with the man.

The victims were identified by UK media as UK national Alex King and his wife Anna Shapiro, an Israeli citizen of Russian origin. Police said the incident was not being treated as suspicious after the poisoning of Russian ex-spy Sergei Skripal and his daughter in March.

Russian Model, Her British Husband Revealed to Be Poisoned in Salisbury - Report
Media said earlier the 42-year-old male victim was a known prankster who once hoaxed Prince Charles, and suggested the story could have been a trick. The 30-year-old woman, a model, told a tabloid she believed to have been given rat poison.

On Sunday night, a man and a woman suddenly felt sick at the Prezzo restaurant in downtown Salisbury. The British media speculated that "at least one" of the victims was Russian.