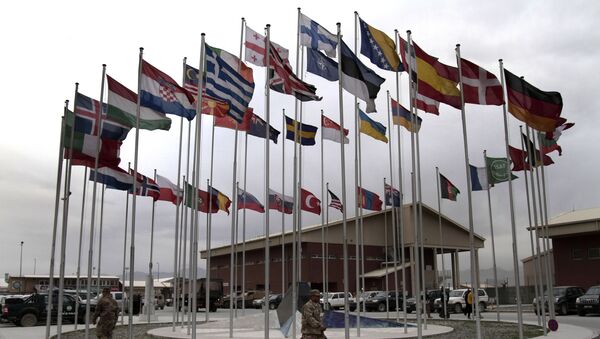 Almost 17 years after the US-led invasion of Afghanistan, NATO is now bidding a contract to build a large, concrete command-and-control center in Kabul, the country’s capital and largest city.

According to a NATO procurement document, the complex is expected to consist of more than 800 work spaces, Stars and Stripes reported Monday. The structure is planned to be a three-story, 120,000-square-foot concrete building. However, according to officials, additional details cannot be released during the bidding and design phase of the project, Stripes and Stripes reported Monday.

Earlier this summer, a permanent passenger terminal and control tower were built at NATO's helicopter landing zone in Kabul due to an increase in air traffic and security concerns amid heightened violence in the capital.

"This project was accomplished rapidly… due to the significant increase of helicopter flights at [Resolute Support] RS HQ, which made the previous provisional arrangements untenable," the NATO Support and Procurement Agency said in a July statement.

During recent years, helicopter commutes to and from NATO's Resolute Support headquarters have become more frequent as bombings and ambushes have made road travel for coalition troops and officials risker. Civilian personnel who work at the US Embassy, which is adjacent to the NATO compound, are not allowed to travel to Kabul International Airport by road, John F. Sopko, special inspector general for Afghanistan reconstruction, announced earlier this year.

In 2017, with Afghanistan's armed forces struggling to respond to terrorist attacks within the country, US President Donald Trump announced a resolution to send more troops to the war-torn state, while also appealing to NATO members to assist by increasing the numbers of their servicemen present in the war zone.