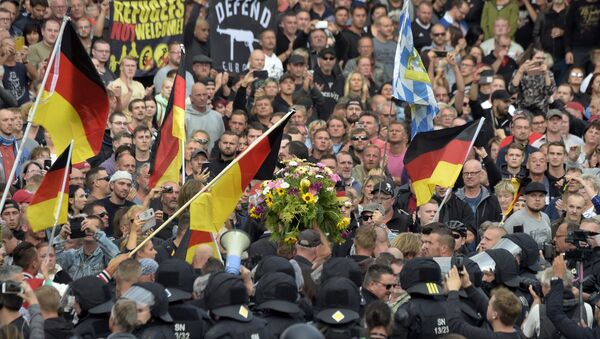 BERLIN (Sputnik) - Forty-seven percent of German citizens believe that the growing crime rate in the country is linked to refugees, the Expert Council of German Foundations on Integration and Migration (SVR) said in its annual report.

Most people who believed there was a connection between the crime rate and refugees turned out to have been immigrants themselves. At the same time, 25 percent of respondents, one-third of whom were former asylum seekers, believed that the level of crime was increasing because of labor migrants, specifically.

Pro-Migrant Activists Urge Seehofer to Resign Over Controversial Statement
Meanwhile, over 70 percent of respondents said that taking in refugees would contribute to the country's economic development of Germany. This opinion was also shared by 52 percent of former migrants. Only 28 percent of those surveyed pointed out that the refugees accepted in the country threatened the stability and prosperity of Germany. This idea was supported by almost half of respondents with a migration past, according to SVR.

While presenting the report, SVR chairman Thomas Bauer said that over 9,000 people in Germany, including about 6,000 people with a migration past, were interviewed for the survey from July 2017 to January 2018.