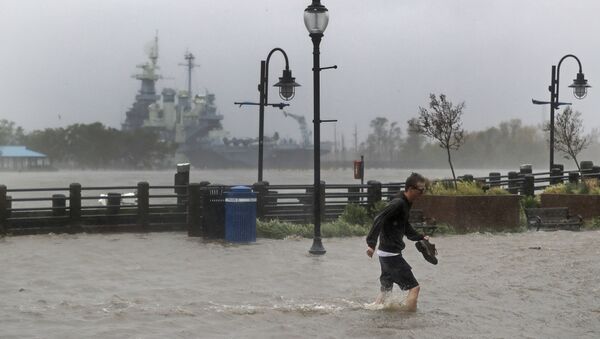 MOSCOW (Sputnik) - The number of victims of Florence, which turned into a tropical storm from a hurricane, grew to 11, local media reported on Sunday.

The scale of the destruction caused by Florence remains unknown, the ABC News reported. On Saturday, US President Donald Trump held a meeting devoted to the elimination of the natural hazard's consequences. US Vice President Mike Pence has attended the meeting among others.

Florence originated from a strong tropical wave off the western African coast on August 30 and has since then gained hurricane strength and weakened several times. Florence is expected to continue weakening, however, there is still a threat of severe flooding.

Over 27,000 people in the US states of North Carolina and South Carolina remain in temporary shelters.