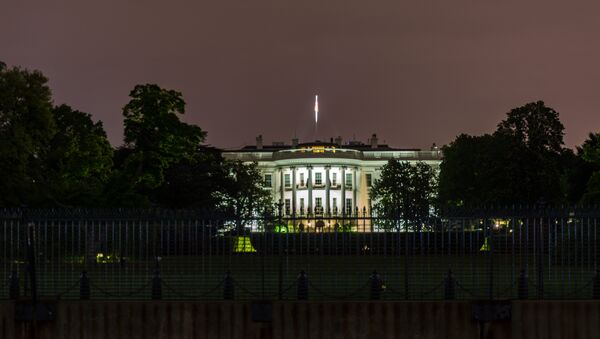 CC BY 2.0 / Jeff Turner / The Mall - Washington DC
Subscribe
International
India
Africa
WASHINGTON (Sputnik) - The United States warned Iran not to launch attacks on US government facilities in Iraq and pledged to hold Tehran responsible for any such incidents, the White House said in a press release Tuesday afternoon.

"[W]e have seen life-threatening attacks in Iraq, including on the United States consulate in Basra and against the American embassy compound in Baghdad," the release said. "The United States will hold the regime in Tehran accountable for any attack that results in injury to our personnel or damage to United States government facilities."

World
US Making All Efforts to Destroy Nuclear Deal - Iran's Parl't Speaker
Iranian forces last week launched a missile attack on bases belonging to the Democratic Party of Iranian Kurdistan (PDKI) as well as adjacent refugee camps located in Iraq that reportedly killed at least 16 people and wounded 38 others.

PDKI Secretary General Mustafa Mawludi and his predecessor Khalid Azizi were reportedly among those wounded in the attack.

Kurds are the largest ethnic minority in Syria, Iraq and Turkey, and Iran has its own smaller Kurdish population. The PDKI has recently been stepping up its fight against Iranian security forces, especially in the west of the country, where many of Iran's Kurds live. The PDKI supports the right of self-determination for the Kurds.

Iran’s Revolutionary Guards (IRGC) said earlier that Iranian forces launched the strikes against what they called terror groups in Iraq, claiming that the latter had ignored Tehran’s calls to cease their attacks on Iranian forces and shut down their bases in the region.