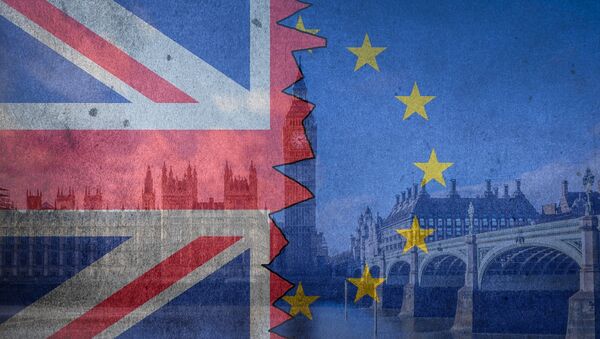 CC0 / /
Subscribe
International
India
Africa
LONDON (Sputnik) – The United Kingdom will not agree to the EU proposals on the creation of a customs border between Northern Ireland and the rest of the United Kingdom after the country’s withdrawal from the European Union as it would violate the UK constitutional and economic integrity, UK Brexit Secretary Dominic Raab said on Tuesday.

"The EU proposals are unacceptable because they would create a customs border down the Irish Sea. We are determined to reach a solution that protects the Belfast Agreement and avoids a hard border on the island of Ireland. We will not permit a customs border down the Irish Sea, which will put at risk the constitutional and economic integrity of the United Kingdom," Raab said during the House of Commons hearing on the government’s contingency planning for the no-deal Brexit scenario.

'No One Should Join Army' Before Brexit Due to Alleged 'Foreign Command' - UKIP
The issue of the border between Ireland and Northern Ireland has been one of the challenges facing EU and UK officials in their Brexit talks since both parties seek to avoid the emergence of a hard border on the island of Ireland.

The option to keep Northern Ireland in the EU Customs Union, thus creating a border between the region and the rest of the United Kingdom running along the Irish Sea, has been repeatedly voiced by the European Union.

The Brexit talks between London and Brussels have been ongoing since June 2017. The parties are expected to come up with the final agreement in fall.

Officials from both the European Union and the United Kingdom have, however, been voicing concerns over the possibility of a no-deal Brexit, citing the lack of progress in the talks.