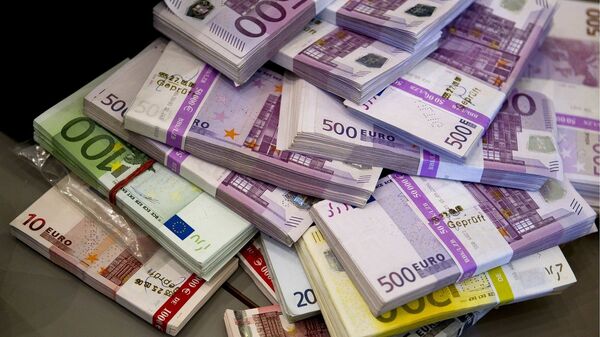 Defying Washington’s pressure to break off business ties with Iran, Tehran’s international trading partners are determined to maintain their mutually-beneficial cooperation with the Islamic Republic, some even at the expense of dumping the US dollar.

Iraqi authorities have stopped using the US dollar in trade operations with Iran in favor of national currencies and the euro, the chairman of the Iraqi-Iranian Chamber of Commerce Yahya al-Ishaq told the agency Mehr on Sunday.

"We abandoned dollar transactions, most of the trade transactions will be in euros, Iranian riyals and Iraqi dinars," he said, pointing out that in certain cases a system of mutually beneficial exchange is envisaged. According to al-Ishaq, the average annual trade turnover between Iran and Iraq is $8 billion.

Earlier, Iraqi Prime Minister Heydar Al-Abadi confirmed that Baghdad would implement US-imposed sanctions on Iran only in the banking sector, abandoning the dollar. He added that he would send a delegation to Washington to discuss financial transactions with Iran in light of the sanctions.

Iraq to Stop Trading With Iran in US Dollars Due to Sanctions - Gov't Spokesman
The first wave of US sanctions targeting Iran’s automotive sector and the purchase and sale of gold and a number of other metals came on August 7.

A second batch of sanctions targeting the country’s energy and banking sectors is scheduled to take effect on November 5.

In July, Brian Hook, the State Department's director of policy planning, reiterated the administration's hardline stance saying that “our goal is to increase pressure on the Iranian regime by reducing to zero its revenues from crude oil sales.”

In May, the United States announced its decision to pull out from the 2015 Iran nuclear agreement and reinstate sanctions on Tehran and gave foreign companies a grace period of 90 to 180 days to stop trading with the Islamic Republic.

The move invited strong objections from Europe as well as Russia and China who have repeatedly defended the landmark deal.

The EU foreign policy commissioner, Federica Mogherini, and foreign ministers from the UK, France, and Germany said in a statement that their counties would keep "effective financial channels" open with Iran.

The EU also set in motion a blocking statute in a bid to protect European companies doing legitimate business with Iran from the impact of US extraterritorial sanctions.

The statute forbids European businesses from complying with the US sanctions, nullifying any foreign court rulings against them and allowing them to recover damages from the penalties.