'Real Disaster': Ex-CIA Chief Fears Division in US May 'Spill Over into Streets' 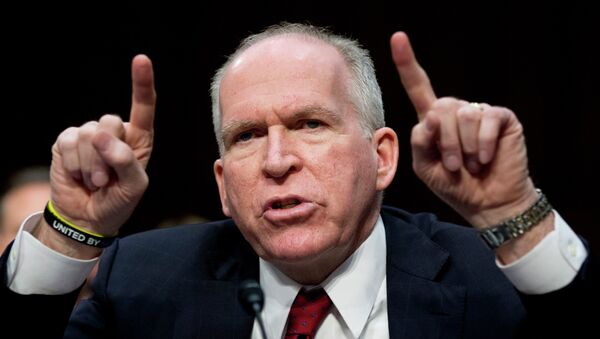 © AP Photo / J. Scott Applewhite
Subscribe
International
India
Africa
Relations between the US president and former CIA chief deteriorated after the latter called Trump's actions treasonous when he failed to support the US intelligence community’s position on the matter of alleged Russian meddling in the US elections.

In an interview with HBO anchor Bill Maher, former CIA Director John Brennan has accused US President Donald Trump of attempting to divide the US population.  He further added that it was possible that the division may lead to violence.

He also called on "people in the White House and in the Cabinet and in the Congress" to prevent the situation from further deteriorating and act "before there's a real disaster."

Trump and Brennan had a heated exchange after the former CIA chief accused the US president of treason, citing his inability to confront Vladimir Putin on alleged Russian meddling in the 2016 presidential elections. Following that accusation, Trump revoked Brennan's security clearance for what he described as "lying" and releasing "increasingly frenzied commentary."