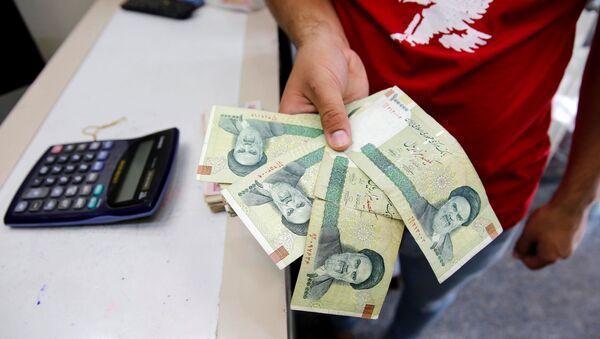 © REUTERS / Khalid Al-Mousily
Subscribe
International
India
Africa
MOSCOW (Sputnik) - The Iranian Foreign Ministry said on Friday that the recent batch of economic assistance earmarked by the European Commission for the EU-Iran joint projects was not part of the EU package for saving the Iran nuclear deal and not related to the US sanctions against Tehran.

"This budget is related to Iran's cooperation with the European Union, and it has nothing to do with the EU’s economic package planned to be proposed within the framework of the Joint Comprehensive Plan of Action (JCPOA) to counter US sanctions against Iran," Iranian Foreign Ministry spokesman Bahram Qassemi said, as cited by the Tasnim News Agency.

On Thursday, the European Commission endorsed the first batch of projects worth 18 million euros (about $21 million) to support Iran’s economic and social development as part of the bloc's "renewed" engagement with the country. A number of media reported that the aid had been allocated to offset the US sanctions.

US Lawmakers Urge Treasury Dept. to Cut Off Iran From SWIFT - Letter
S President Donald Trump announced his decision to leave the JCPOA and re-impose sanctions against Tehran and third states doing business with Iran in May. The first set of economic restrictions, including a ban on purchasing US currency, trading in gold and other precious metals, buying aluminum and steel for industrial purposes, and performing activities related to Iran’s sovereign debt, took effect on August 5. The second portion, including sanctions on Iran's port operations, energy sector, and foreign transactions, will be effectuated in November.

READ MORE: New US Sanctions on Iran to Give Little Room to Waivers — Bolton