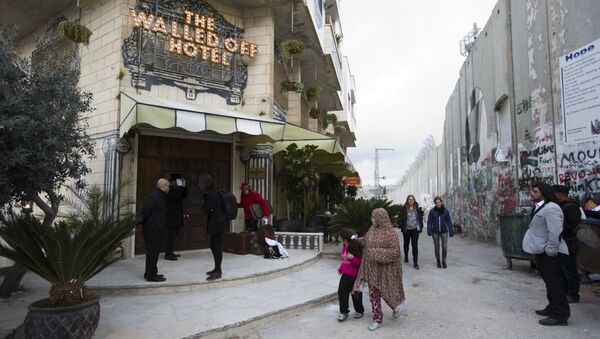 "I call on Israel to halt such counterproductive action, and for all parties to commit to further efforts to de-escalate current tensions and create the right environment for a just and lasting peace," Burt said in a statement.

The UK minister stressed that Israeli settlements were illegal under international law and were one of the obstacles to a two-state solution to the Israeli-Palestinian conflict.

"Within the past two weeks, the Israeli authorities have advanced plans and tenders for over two thousand settlement units in the West Bank including East Jerusalem. If implemented, these plans would further jeopardize the prospect of a contiguous and viable future Palestinian state. As reflected in successive Foreign Affairs Council conclusions, the EU is strongly opposed to Israel's settlement policy which is illegal under international law and an obstacle to peace," a spokesperson for EU External Action Service said.

The statements referred to Wednesday's media reports, claiming that Israel's Civil Administration approved the construction of some 1,000 housing units in the West Bank, thus continuing policies that, according to Burt, were "rightly condemned internationally."

In December 2016, the UN Security Council adopted a resolution, expressing concern over Israel's continuing settlement activities, which "imperiled the viability of the two-state solution based on the 1967 lines."

READ MORE: Palestinian Journalist Detained by IDF for Showing Its Troops at Work