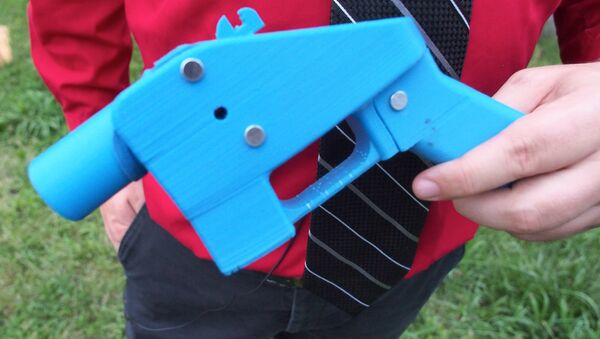 When the Trump administration decided in April to rescind a ban on spreading 3D-printed gun files online, a collection of US state governments sued to block the plan on the grounds of protecting public safety. A federal judge temporarily blocked the deal last month, but said in court Tuesday that the final decision isn’t his to make.

"You know, it's a little bit frustrating to be sitting in this chair as a United States District Court judge and seeing this is an issue that should be solved by the political branches of government," US District Court Judge Robert Lasnik said Tuesday in a Seattle, Washington, courthouse. "And I really hope and wish that the executive branch and Congress would face up to this and say, it's a tough issue, but that's why you got into public service to begin with."

"A solution to the greater problem is so much better suited" to the president or Congress, he said.

Lasnik issued a temporary restraining order on July 31, blocking nonprofit firm Defense Distributed from putting the blueprints online in order to give the case challenging its legality time to be heard. Nineteen US states and the District of Columbia are suing for a preliminary injunction against Defense Distributed founder Cody Wilson and have argued that the Trump administration violated the International Traffic in Arms Regulation (ITAR) by permitting Wilson to distribute the files. The hearing was scheduled for Tuesday; however, Judge Lasnik put off that decision for another week, saying he wouldn't decide on the injunction until next Monday, the Seattle Times reported.

Brandon Combs, president of the Firearms Policy Coalition, told the Washington Times Monday that "no one paying any attention believes that the states have carried their burden for the issuance of a preliminary injunction."

The Department of Justice has made its position on the issue unequivocally clear: Attorney General Jeff Sessions issued a statement on August 16 saying that making or possessing undetectable plastic guns is still illegal under federal law.

"Such firearms present a significant risk to public safety," Sessions said, "and the Department of Justice will use every available tool to vigorously enforce this prohibition."

However, a major issue complicating the question comes from the fact that on August 1, the day after the ban went into effect, a coalition of US gun rights activists called Code Is Free Speech began posting schematics for 3D-printed guns online, directly disobeying the court's decision, Sputnik reported at the time. Combs operates the site codeisfreespeech.com and told the Washington Times that as of Monday, the site has received 1.4 million requests for the files.

"The genie's been out of the bottle for a very, very long time," Dave Kopel, research director of the Colorado-based Independence Institute, told the Washington Times. "There's nothing any government in the world can do to prevent the fact that these files have been out there on the internet for five years and are going to be available to the public."

Gun experts have cast doubt on assertions by both sides.

Greg Shaffer, a former FBI officer, president of Shaffer Security Group and a leading policy expert on the prevention of domestic terrorism and active shooter events, told Sputnik earlier this month that "3D printable weapons are more of a novelty, more of a collector's item, than they are for mass killing."

"It's pretty much a one done deal: one or two shots is all you get out of these weapons," he said. "The explosive force of firing a bullet is just simply too powerful for the thermoplastic to survive."

"The weapons are unstable and, it seems, more dangerous to those who fire them than to their intended victims," Laurie Calhoun, author, philosopher and research fellow at the Independent Institute, told Sputnik Wednesday. "After a few reports of backfires, I suspect that the excitement will die down as people recognize that the prospect of producing an effective weapon in this way is rather dim and probably beyond the means of anyone incapable of acquiring a regular, manufactured gun through some other channel — whether legal or illegal."

Calhoun regards the uproar over 3D-printed guns as "a desperate scare tactic on the part of anti-gun activists. They´ve tried everything else, and it has failed. But the primary problem with this approach is a conceptual one: it ignores the obvious fact that just about anything can be turned into a lethal weapon. Why not hobby drones, for example? A malicious person can obviously affix a lethal delivery system to a surveillance drone, in emulation of the US government. Does this mean that all hobby drones should be banned as well?"

The philosopher suggested that "the real problem here is much more fundamental: our culture of violence, according to which the way to resolve conflict is through killing."

"If people want to stop mass shootings, then they would do well to lobby their government to stop mass bombing — both direct (as in US interventions in Iraq, Afghanistan, Pakistan, Syria, Libya et al.) and indirect, through arming regimes such as Saudi Arabia, which is currently prosecuting a ghastly war against the people of Yemen using US- and UK-sourced weapons."