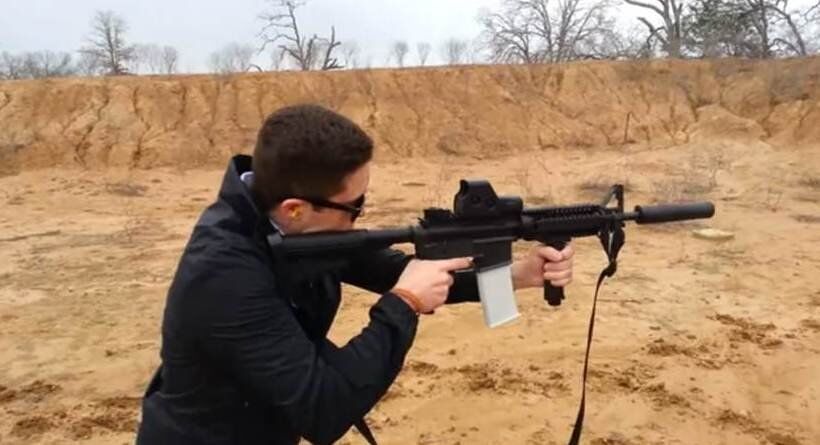 Sputnik discussed 3D guns with Greg Shaffer, a former FBI officer, president of Shaffer Security Group and one of the US’ leading policy experts on the prevention of domestic terrorism and active shooter events.

Gun rights activists in the United States will soon be able to post 3D printable gun plans online. In 2013, Cody Wilson, who describes himself as a post-left anarchist, posted plans for a 3D printed handgun called ”The Liberator.” The gun, which was made from plastic, had a metal firing pin and another piece of metal included to comply with the Undetectable Firearms Act.

Sputnik: What’s your take on the decision made by the US court in regards to Cody Wilson and the Defense Distributed group?

Greg Shaffer: At this point they just aren’t an issue. There's a reason that there has only been a few truly viable 3D printable gun designs. It’s very difficult for them to make them, it's very time consuming, it's very expensive, it’s difficult for a 3D printer to build something as complex as a weapon. They're working with complex plastics, they’re limited to what type of objects they can actually print. For one, 3D printers cannot create a complex thing like a gun all in one piece; they are printed out in separate components and then later have to be assembled. It’s a very difficult and time consuming process, and then you couple that with the fact that the type a gun that’s chosen by people who commit heinous crimes or mass murders, those weapons are chosen for their ability to kill as many people as possible as quickly as possible and you‘re just not going to get that from a weapon produced by a 3D printer.

© REUTERS / Chris Helgren
Toronto Mayor Calls for Stricter Gun Control After Deadly Mass Shooting
Sputnik: So in your view how justified are these concerns claiming that the decision will make it easier for terrorists and criminals to access weapons?

Greg Shaffer: Legislation is always chasing technology; so in a practical sense, for a terror attack or an active shooter, they’re looking for mass casualties and these plastic 3D printable weapons don’t allow for that; it's pretty much a one done deal: one or two shots is all you get out of these weapons. The explosive force of firing a bullet is just simply too powerful for the thermoplastic to survive. The United States laws already allow for individuals to manufacture their own weapons for personal use, and you have to also remember that right now, again technology moves a lot faster than legislation, but right now these plastic weapons are so bulky, as well, that they are very difficult to conceal. And again, they only have a one or two shot capacity before they just explode in the hand.

Greg Shaffer: In America there really is no federal gun regulation requirement. When you purchase a weapon, yes, that serial number is associated with the buyer, but that buyer can then sell that weapon to anybody he wants. The fact that they’re not traceable, or not registered, is not impacting because we don’t have those laws and regulations on the book as it is now for the weapons.

© Sputnik / Mikhail Voskresensky
All About Guns? Top 5 Most Surprising Kalashnikov Products
Sputnik: Do you know what measures have to be taken by authorities to regulate this?

Greg Shaffer: Again, there’s only been a few that ever worked; it's like focusing on 0.0001% of the problem. At this point in time, in the United States 85% of the states are not in compliance with federal regulations which require them to report on individuals that are prohibited from purchasing weapons. That’s a much greater problem, having weapons in the hands of people who should not have weapons, than worrying about that small, small, infinitesimal percentage of 3D printable weapons that may work. 3D printable weapons are more of a novelty, more of a collector’s item, than they are for mass killing. Guns are so easily accessible in the United States on the black market that these 3D printable guns are going to be more of a novelty then they are going to be a form of mass killing, or assassination, or terrorist attack.

© CC BY 2.0 / Stephan Mosel / Fusion reactor model
Chinese Scientists Successfully Tested 3D-Printed Portion of Fusion Reactor
Sputnik: We had this recent deadly shooting in Toronto, a few people were killed. In your view, what’s the reason for the growing gun violence in Toronto this year?

Greg Shaffer: A lot has to do with the access to weapons. Toronto is a very short drive, a very short ferry ride to America and we have tens of thousands of illegal weapons coming across our southern border every day, some of them make it to the northern border into Canada. You've got to look at the root cause here: is it a gun problem or is it a socio-economic or cultural problem? You've got to look at what I consider five things that changed in our culture that have resulted in increased violence and this goes to Canada as well. I think violence in movies, violent video games are a huge factor; we have overmedication of our kids on antidepressants, our kids are no  longer raised by a parent, they’re raised by daycare, because both parents are either working or they're divorced; we have revolving doors on the judicial system, which doesn't hold people accountable for the crimes they commit — we let them in, we let them out. And remember religion; religion has exited the houses of virtually everybody across the world; we want religion to help us with our moral and ethical questions. So I think the question is not really a gun-related question, it's more of a cultural and socio-economic problem. Look at London, for example: their crime rate and murder rate is increasing dramatically as well, and they have some of the toughest gun laws in the world. This increase in gun violence in Toronto is, I think, because of the accessibility of weapons has increased, but they have the same problems that the Western world is having when it comes to cultural issues.