'We Are All Going to Die': Viral 'Robot Overlord' Video Creeps Out Twitter 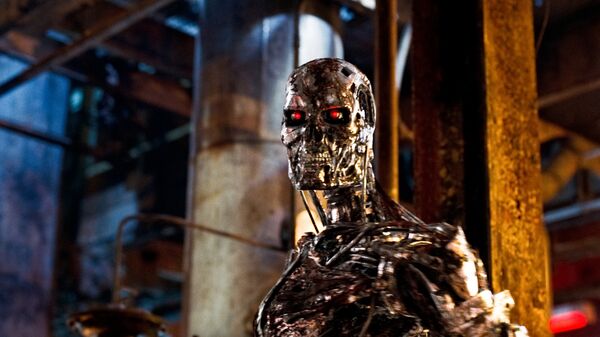 The bizarre clip turned out to be part of a short film, proving wrong those who feared the coming of a new generation of robots.

A video with a humanoid bipedal robot walking around a yard has gone viral on social media, freaking out internet users and prompting warnings that the future of SkyNet is closer than you think.

WE ARE ALL GOING TO DIE. RT @GustavoVela71: Robot pic.twitter.com/tfLYRUyA4k

The clip prompted a handful of Terminator and Transformers references.

Where the hell is Sarah Connor???

Where’s my Amazon package? You call this Prime?!?

Scaremongers started searching for ways to leave the planet.

Some people left unenthusiastic comments about the robot's posture.

It turned out, however, that the video was part of ADAM, a series of short post-apocalyptic animated films made in real-time using the game engine Unity and directed by Neill Blomkamp, who is best known for sci-fi films District 9 and Elysium.

The director himself rushed to calm down pessimists waiting for intelligent robots to take over humanity.

Although no one would welcome a robot uprising more than I, — It’s actually part of this series https://t.co/I0ROuJwhiv https://t.co/3YzF6uaEOc