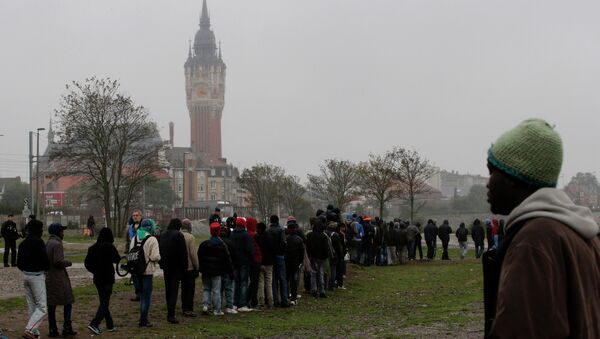 Companies in Britain are suffering from a supply shock as fewer EU citizens come to the UK, and businesses struggle to fill vacancies.

The Chartered Institute of Personnel and Development said the number of applicants per vacancy had fallen since last summer across all levels of skilled jobs, and said shortages were forcing many companies to raise wages.

The number of people moving to the UK from other EU countries has fallen to its lowest level since 2013, according to the latest official figures, with the net figure for long-term migration from the bloc at 101,000 in 2017. The number of people applying for the average low-skilled vacancy has fallen from 24 to 20 in the past year and from 19 to 10 for medium-skilled posts.

Analyst: Disruption of Financial Cycle With Hard Brexit Catastrophic for EU & UK
The research urges the government to step up investment in skills development and ensure that its post-Brexit immigration policy with regard to EU nationals will enable employers to "continue to recruit both low- and high-skilled EU migrants," given the projected rise in recruitment difficulties in the years ahead.

Sputnik spoke to Rob Abdul, Digital expert and political commentator, about the report and the impact for the British economy.

Sputnik: What did you make of the report?

Rob Abdul: The government have decided even before Theresa May was Prime minister you’ve had the Wind rush scandal occurred. The policy is to create what the Tories call a hostile environment, if you are a migrant, even from the EU, the stance from the Tory government is clear — you are not welcome. I’m not surprised what I’m reading today.

I have friends who have many businesses in the UK, they are tax payers, they contribute to the economy, they provide jobs and privately they me, they feel unwelcome in this country. It’s a really sad thing to hear.

Number of Jobs Grows in London Despite Negative Brexit Forecasts – UK Think Tank
Sputnik: Do you see a situation where the government can improve the situation?

Rob Abdul: I believe that it will get worse, under the current Tory government. Things will only get worse as things aren’t improving for migrant workers, and we constantly hear there is quota to allow certain people in.

The home office has made a shambles with the Wind-Rush Scandal. It’s doesn’t just affect from the Caribbean or that side of the world, it’s had a resounding effect on around the EU.

Sputnik: How do you see this impacting the industry after Brexit?

Rob Abdul: Nobody actually knows what Brexit will be, we get told it might be a hard Brexit; it might be a no deal. People need to stick to the facts on these things, Theresa May back in April 2016, and she was actually a remainer.

I find she was very passionate as a person who wanted to remain, now she suddenly gets thrusted into being the person that now leads Brexit, it does seem a little coincidental that all of a sudden we will get a good Brexit from someone who in her heart believes we shouldn’t have Brexit.

Views and opinions expressed in this article are those of Rob Abdul and do not necessarily reflect those of Sputnik.