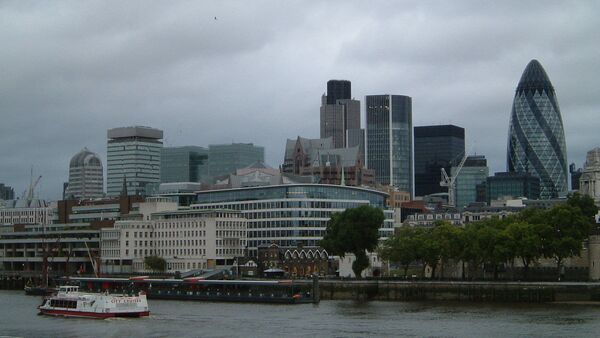 Sputnik has spoken to Yannis Koutsomitis, a European affairs analyst, about the likelihood of Financial Services Sector companies migration from London to Paris and whether this is an effective option.

The latest stumbling block to a negotiated Brexit settlement is the positioning of the integral Financial Services Sector where the City of London currently houses the majority of European FS Companies. French President Macron has courted the companies with an offer to relocate to Paris, but it is unclear if this strategy is something that would appeal to these companies.

Brexit U-Turn? Poll Shows Over 100 UK MPs Switch From Leave to Remain
Sputnik: Can you give us your general overview of the current Brexit negotiations and this latest issue regarding the courting of financial services companies away from the City of London and moving to Paris, France?

Yannis Koutsomitis: The financial sector negotiations for Brexit is in my view the most significant part of the whole Brexit procedure because it affects thousands and millions of European consumers, banks and financial institutions. The City of London is controlling up to now, about 2/3 of financial activities in the European sector, so the way that the City of London will be having activities in the European Union post-Brexit is significant both for the UK and for EU as well. I view Theresa May's proposal as a positive step towards a bespoke agreement with EU, although, I think that a similar agreement for goods is not as possible as for financial services. A disruption of the financial cycle with a hard Brexit would be catastrophic both for the EU and for the UK. So I think the European leaders and Mrs. May will reach an agreement for a special relationship between the City of London in the European Union of 27.

UK Business Lobby Urges Government to Drop Net Migration Targets After Brexit
Sputnik: Philip Hammond has warned that the UK's banking bosses that France will spearhead a bit to bind the city with red tape and swoop on its lucrative businesses after Brexit. It’s also emerged in recent days that France has been positioning itself is a natural successor to the City of London, maybe you can just give us your inside to the current situation, how realistic is it, from your point of view, this transfer of financial services companies from London to France?

Yannis Koutsomitis: It’s totally understandable that European regulators and European bureaucracy will be looking to control as much as they can from a third party, which the UK would be after it leaves the European Union. The question now is can a new agreement be in benefit of both parties and without hurting London and without hurting the European regulations? It’s a difficult equation, but I think there are ways to find a mutually acceptable agreement that would not harm either London or the EU. I think the financial people will be more keen to reach a common solution than the regulators because the regulators are somehow stuck in various laws that they cannot circumvent, but I think if we can bring the financial people of London and the European financial people together an agreeable solution can be found, I suppose.

Half of Brits Want Second Brexit Referendum if Talks Fail – Poll
Sputnik: That may be the case, but the Chancellor has also told the financial bosses last month that he expects the European Union to pass laws which restrict the operation of the Square Mile on the continent in the years after the UK's departure from the EU. This would, on the face of it, be a normal observation given the European Union's history of governance oversight regulation, but could these measures derail the City, so to speak, given the amount of years and many entrenched businesses that have been in the city for decades, what’s your take on that?

Yannis Koutsomitis: I think it’s a legitimate concern, but I would put it in another way. Both the UK and the EU could develop mutual interest in reaching out to emerging economies and working together to expand their business and reach in the emerging economies rather than trying to compete with each other for these economies. So, I think the most important issue is to reach a common solution and to have a common financial area after Brexit between the EU of 27 and the UK. This way both the UK and the EU can prosper and reach new markets without being competitive to each other.