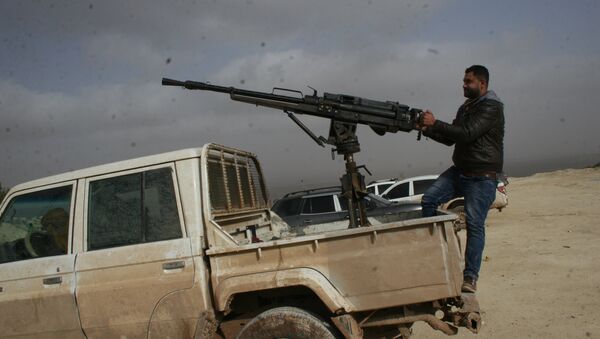 Support from Turkey includes paying the rebel's wages as well as providing military support in the form of weaponry.

Turkey is helping to establish a so-called ‘national army’ made up of Syrian rebels in an effort to thwart any strategic gains by President Bashar al-Assad in the war-torn country’s north.

The initiative is part of wider long-term plan by the Turkish-supported opposition to cling on to a swath of territory in the northwest, which now constitutes the last opposition stronghold standing.

According to reports, the force is so determined to present itself as a legitimate authority that it has ordered its rank-and-file to don unique military garb, comply with a newly formed military police, as well as cease affiliation with any sub-group outside of the army’s structure.

The so-called army is made up of about 35,000 fighters from various Syrian rebel groups. It is not yet clear whether this includes Salafist Jihadist elements such Jabhat Fateh al-Sham*.

Turkish support for the group has included the regular payment of salaries, as well as the setting up of 12 military outposts, concentrated in the northern province of Idlib. Ankara has reportedly also invested in local infrastructure, including the building of local schools.

WATCH Syrian Army Continue to Pound Terrorist Positions in Idlib
The leader of the rebel coalition, Colonel Haitham Afisi has been quoted as listing the three main enemies of his ‘army’: President Bashar al-Assad, Daesh* and the Turkish Kurdistan Worker’s Party (PKK). It is believed that Turkey’s support for the nascent group stems largely from its opposition to the Syrian Kurdish People’s Protection Unit’s (YPG), which it sees as an extension of the PKK, whom have waged an intermittent campaign of guerrilla warfare inside Turkey since the late 1970s.

President Assad’s next military campaign is the retaking of Idlib province, where the new Turkish-backed ‘national army’ has a number of outposts and where reports say that a number of heavily armed Jihadists currently operate.