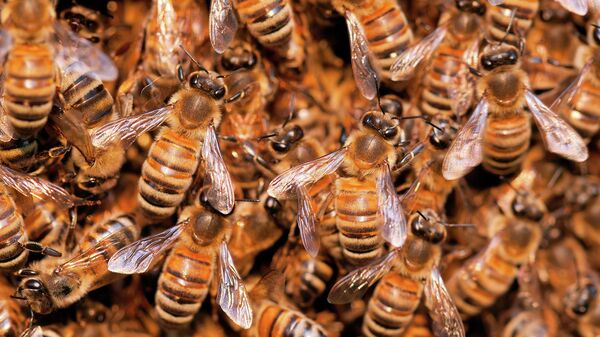 In what appears to be an endless string of seemingly politically-motivated moves, the Trump administration recently rescinded another Obama-era policy. This time, one that outlaws the use of pesticides linked to declining global bee populations and the cultivation of genetically modified crops within the boundaries of national wildlife refuges.

Neonics are a class of insecticides chemically similar to nicotine that have been linked to several dangerously negative ecological effects including honey-bee colony collapse disorder — the phenomenon in which a majority of the worker bees in a colony die.

The Trump administration move has been met with widespread criticism from environmentalists and the science community.

According to Defenders of Wildlife head Jamie Rappaport Clark, the revocation of the anti-neonics policy is "an insult to our national wildlife refuges and the wildlife that rely on them."

"This abrupt change in policy, announced via a US Fish and Wildlife Service internal memorandum, revokes the agency's 2014 policy prohibiting the use of toxic ‘neonic' insecticides and genetically modified organisms (GMOs) on [wildlife] refuges. The 2014 ban was promulgated in response to a series of lawsuits challenging the use of genetically modified seed and broad-scale application of toxic pesticides on refuges for violating environmental laws," Clark wrote on August 3.

According to US Fish and Wildlife Service principal deputy director Greg Sheehan, "in some cases the phasing out of those practices was appropriate," but there might be scenarios "where use of GMO crop seeds is essential to best fulfill the purposes of the refuge and the needs of birds and other wildlife."

But many in the scientific community disagree, including Clark, who stated that "industrial agriculture has no place on public lands dedicated to conservation of biological diversity and the protection of our most vulnerable species, including pollinators like bumble bees and monarch butterflies."

A July 2018 analysis by California's Department of Pesticide Regulation revealed that the use of neonics on crops including tomatoes, berries, almonds, corn and oranges exposes bees to harmful pesticide levels.

"The more we learn about the toxicity of neonics, the more apparent it is that pretty much any plant with nectar or pollen sprayed with these poisons is unsafe for bees," stated Nathan Donley, a senior scientist with the Center for Biological Diversity in an August 1 news release.

"This important analysis is further proof that it's time to ban all outdoor use of these harmful [neonic] pesticides on crops."