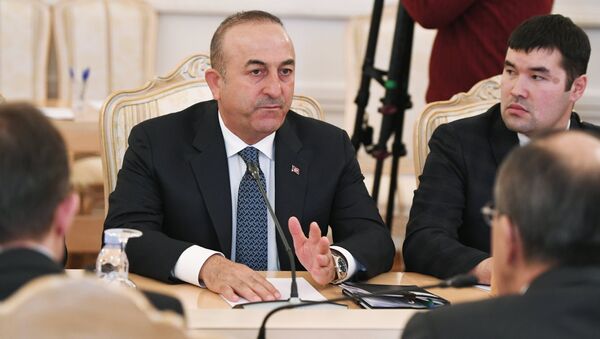 Earlier, the US imposed sanctions on Turkey's justice and interior ministers over the detention of American pastor Andrew Brunson.

Turkish Foreign Minister Mevlut Cavusoglu said that had a "constructive" meeting with the US Secretary of State Mike Pompeo.

"We have said from the start that the other side's threatening language and sanctions will not get any result. We repeated this today," Cavusoglu said after the meeting.

Earlier, the United States announced that it was sanctioning Turkey's Minister of Justice Abdulhamit Gul and Minister of Interior Suleyman Soylu for leading roles in the imprisonment of US pastor Andrew Brunson, measures which Ankara said would not go unanswered.

Turkish Foreign Ministry Strongly Condemns US Sanctions Decision
The US Treasury Department in a press release said that the ministers were sanctioned over alleged human rights abuses in accordance with Global Magnitsky Act authorities.