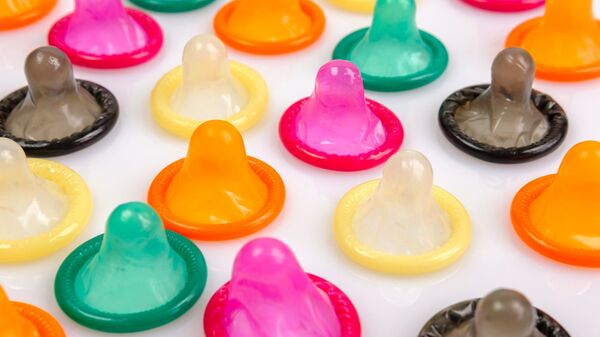 Last week, the Centers for Disease Control and Prevention (CDC), a US health protection agency, reminded people not to wash or reuse condoms because, apparently, that’s a thing people do often enough to warrant the CDC’s attention.

"We say it because people do it: Don't wash or reuse #condoms! Use a fresh one for each #sex act," the CDC tweeted July 24.

​According to the CDC website, using (new) condoms can reduce the risk of sexually transmitted diseases such as human immunodeficiency virus (HIV) and viral hepatitis. Using male and female condoms correctly can also help prevent pregnancy, the agency adds.

But despite all their benefits, condoms are a one and done kind of deal, in case you were wondering.

​"Incorrect use, such as reusing a condom or using more than one at a time, diminishes the protective effect of condoms by leading to condom breakage, slippage, or leakage," Elizabeth Torrone, an epidemiologist at the CDC's Division of STD Prevention, recently told BuzzFeed News in an email, adding that washing condoms with soap and water can increase the chances of the condom breaking during sex.

​"There's no way you can confirm the integrity of the condom for protection against pregnancy once it has been used, removed, washed and replaced," Alyssa Dweck, a board-certified OB-GYN and author of "The Complete A to Z for your V," also recently told BuzzFeed News. Even if ejaculation does not occur, condoms should be thrown out after sex, she noted.

​"You should use the condom in the way the manufacturer has intended and tested — if you don't, you cannot rely on the condom anymore to do those duties. Let's say you have sex three times in one night — you should be changing the condom three times or before the next sex act," Dweck added.