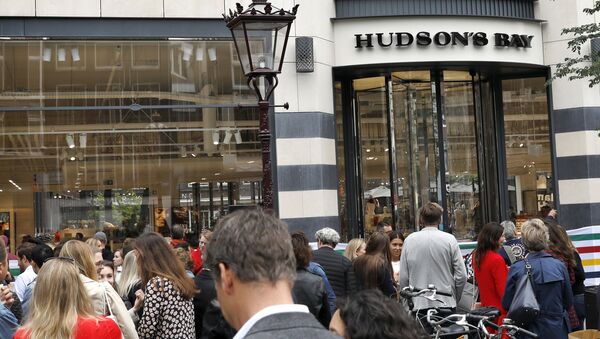 Several social campaigns in Canada have urged citizens to refrain from buying goods under brands controlled by the Trump family in response to the US president’s tariffs against Canadian steel and aluminum.

Hudson's Bay, Canada's largest store chain has removed clothing under Ivanka Trump's brand from its website and promised to also remove it from the shelves of stores across the country. According to the company's statement, the brand's performance was not successful and Hudson's Bay has been eyeing the possibility of discontinuing it since fall 2017.

"As part of our regular course of business, we review our merchandise offerings and make appropriate changes," the statement said.

The statement comes amid public outrage in Canada toward American tariffs on steel and aluminum imposed by US President Donald Trump. Several public campaigns have urged people to boycott goods under Trump family brands, as well as stores that sell them. Hudson's Bay didn't comment on whether the move influenced the decision to remove Ivanka Trump's brand from its shelves.

The US has imposed tariffs on steel (25%) and aluminum (10%) coming from Canada and other countries, demanding that they abolish "unfair" tariffs on US goods and claimed that imports of the two metals constitute a national security risk.

Canadian Prime Minister Justin Trudeau has blasted the claims, saying that it is insulting to suggest that Canada could be a threat to US national security. On June 29 Canada announced retaliatory tariffs on US goods, ranging from 10% to 25%, in response to those imposed by the US.