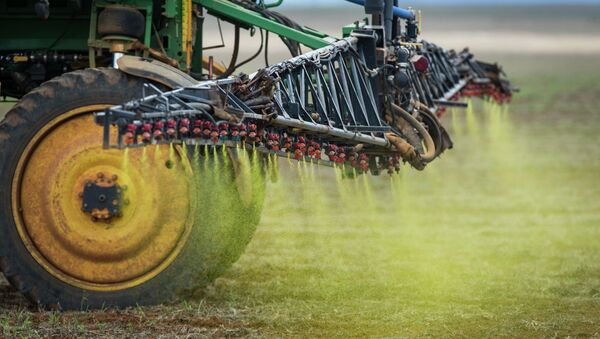 The Indian state of Madhya Pradesh is hopeful that higher tariffs imposed by the US on Chinese goods will have a retaliatory effect prompting the Chinese authorities to curtail US imports including soybeans, thus providing a chance for the state's farmers of to export their crops to China.

The chief minister the central Indian state of Madhya Pradesh has gone on record saying that he sees a "golden opportunity" in the trade war between the US and China.

Chief Minister Shivraj Singh Chauhan said that the new tariffs imposed by the US on China will be a chance for Madhya Pradesh to export soybeans to China. The statement comes a few days after the US slapped $34 billion in tariffs on Chinese imports. The escalating trade tiff is set to affect businesses in both countries.

Trump's Whimsical Policies Push Allies Towards Exploring Alternatives - Analysts
The new tariffs imposed by the US on Chinese goods are expected to prompt retaliatory measures by China including increased tariffs on soybeans that are heavily imported from the US.

"I met Prime Minister Narendra Modi and discussed the issue of China levying the tariff on American soybeans. It will be a golden opportunity for Madhya Pradesh and other states too," Chauhan told media after the meeting with the prime minister in New Delhi on Thursday.

Chauhan also unveiled his plan for the provincial government to send soybean traders to China to seek out various trade possibilities.

"Minister for Commerce and Industry Suresh Prabhu has given his nod over the issue. We will also soon talk to few exporters in Bhopal and Indore concerning the same. I'm also planning to send our delegation to China so that better relations are built," Chauhan told the media.