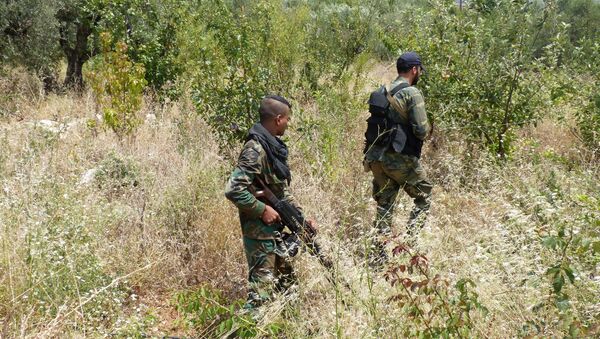 "Armed groups attacked the settlement of Attera in the north of Latakia province," the source said, adding that while the attack was repulsed, the fighting continued.

The situation in the country, especially southern regions of Syria, has escalated during the recent weeks, with terrorists shelling the cities in the area and government troops responding by launching an offensive to oust the militant groups refusing to join the ceasefire.

Syria has been fighting terrorist organizations, including the Daesh,* and opposition forces since 2011. The peace process has been discussed during several rounds of talks in Geneva and Astana, as well as the Syrian National Dialogue Congress, which took place in Russia's Sochi in January.