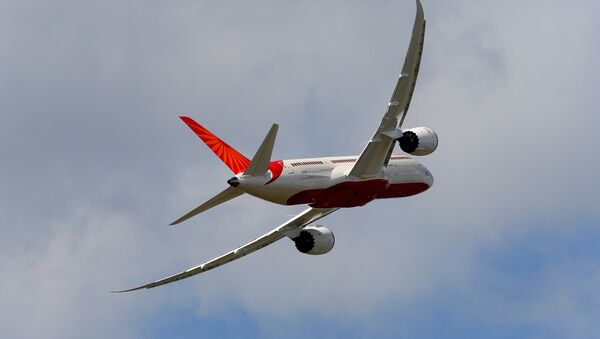 Air India's website, which until last month had "Taiwan" in its list of destinations, has now changed it to "Chinese Taipei," joining the bandwagon of airlines following the Chinese instruction to not identify Taiwan as a separate country.

Earlier on April 25, the Civil Aviation Authority of China had ordered that no airlines operating to Taiwan would refer to it as a separate country. Several air carriers, including Singapore Airlines, Japan Airlines and Air Canada, among others, have already changed the description of Taiwan on their websites.

In recent years, joint statements between China and India have not mentioned the one-China policy. The Chinese Foreign Ministry on Wednesday did not reply to queries on whether Beijing had raised the matter with Delhi.

I can say that Air India’s decision is entirely consistent with international norms and our own position on Taiwan since 1949: @meaindia on Air India replacing Taiwan with Chinese Taipei on its website

"The Taiwan question is a matter of China's domestic affairs. This issue and bilateral territorial disputes are different. China respects India's territorial integrity. It did not support the separatist movement in Assam province, and hence India should not support the demand for Taiwan independence. As a state-owned company, Air India should abide by the country's political pledge. In the context of better Sino-Indian ties, New Delhi can act wiser on the Taiwan question," Long Xingchun, a research fellow at The Charhar Institute wrote in the Global Times on Wednesday.

Only US airlines, to date, have not followed the order of the Civil Aviation Authority of China.

"This is Orwellian nonsense and part of a growing trend by the Chinese Communist Party to impose its political views on American citizens and private companies," Sarah Huckabee Sanders, White House spokesperson said in a statement on May 6.