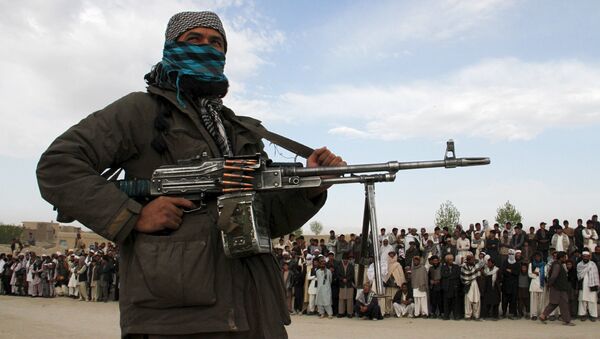 The TOLOnews broadcaster reported Sunday that on Friday Taliban started storm of 16 checkpoints of the Afghan Public Protection Force (APPF) in the Jalrez district of Maidan Wardak.

According to the news outlet, since the beginning of the attack the insurgents have succeeded to establish control over 13 outposts as the APPF servicemen have not received reinforcements, however a number of airstrikes have been conducted against Taliban during this period.

Taliban Militants Kill 4, Abduct 33 People After Ceasefire Ends - Reports
According to the statement of Taliban, cited by local media, the militants have claimed they seized control also over 1 base and captured more than 70 Afghan APPF servicemen.

According to Deutsche Welle, Afghan officials of Wardak's provincial council have confirmed the Taliban had captured dozens of local police officers after a skirmish.

The Taliban attack in the eastern Maidan Wardak province of the country is reportedly but one of many since Taliban ended its three-day ceasefire that started at the end of Ramadan.

Afghanistan has long been suffering from unstable political, social and security situation due to the simmering militant insurgency, including that of Taliban.