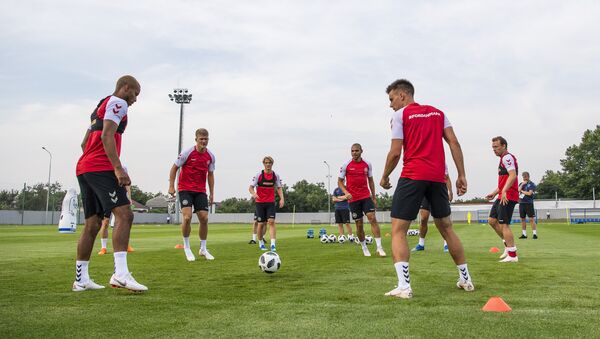 The Danish national team played football on a beach in the southern Russian city of Anapa with local residents.

The Danish football team's training base during the World Cup is in Anapa, a city in southern Russia. On Sunday, the footballers were given a day off and decided to go to the beach, where they played football with local residents.

Bit of training on the beach😎🤷‍♂️⛈⚡️ #fifaworldcup

Ultimate WAG: Footballer Nicolai Jorgensen's Wife in Russia to Support Denmark
Denmark is second in its group with four points, two behind France. Denmark won 1-0 in their first World Cup Group C match with Peru. On Thursday, the Danish team drew 1-1 against Australia during their second game in Samara.