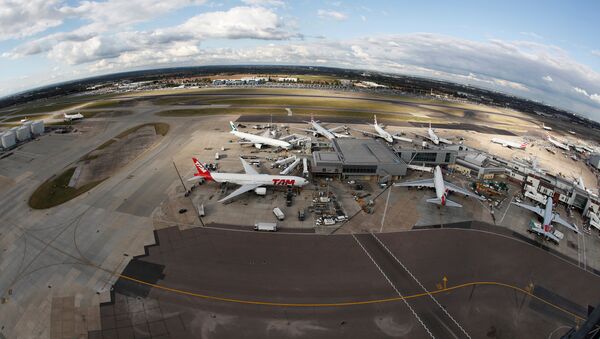 Greg Hands announced his resignation as the UK's minister of state for trade and investment today in protest of the proposed construction of a third runway at Britain's largest and busiest airport, which is situated in London.

The Tory junior minister announced his resignation via a tweet, claiming he had already written a letter to PM Theresa May expressing his concerns.

"I wrote to the PM earlier this week on how I will honour these 2017 General Election pledges to the people of Chelsea & Fulham and vote against the Heathrow 3rd runway on Monday," Greg Hands said in a tweet on Thursday.

A parliamentary vote to determine if a third runway should be built at Heathrow is scheduled to take place on June 25, and the Conservative Party's whips are mounting pressure on their MPs to vote in favor of it.

As Heathrow Expanded, Will Boris Johnson 'Lie Down In Front of Bulldozers'?
Recently published data revealed that Heathrow Airport's expansion would have significant adverse effects on regional airports throughout Britain, with regional airports forecast to receive less passengers and direct flights over the coming decades if the plans are passed by parliament.

Meanwhile, some locals and eco-campaigners have expressed their opposition to the project, warning that it will lead to more noise and air pollution in parts of the capital.

As the Tories lost their majority in the House of Commons in last year's general election, they will be reliant on cross-party support to pass the bill. They already have a deal in place with the Democratic Unionist Party (DUP), but it's unclear if their support will be sufficient, especially if other Conservative MPs follow Mr. Hands' lead and vote against the legislation.