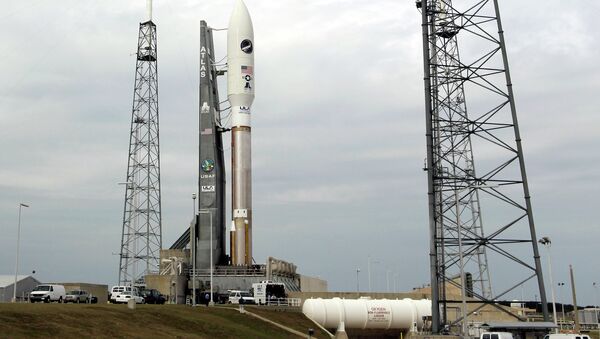 WASHINGTON (Sputnik) - President Donald Trump on Monday ordered the US Department of Defense to create the Space Force as the sixth branch of the US Armed Forces.

"I'm hereby directing the Department of Defense and Pentagon to immediately begin the process necessary to establish a Space Force as the sixth branch of the armed forces," Trump stated at the opening of a White House meeting of the National Space Council. "We have the Air Force and we're going to have the Space Force. Separate but equal."

The announcement opened a new chapter in competition to explore space, with the goal of besting nations such as Russia and China, Trump explained.

"America was first in flight, first to the moon and why America will always be first in space," Trump said. "We don’t want China and Russia and other countries leading us… We’re going to be the leader by far."

"The new directive seeks to reduce the growing threat of orbital debris to the common interest of all nations," the White House explained in a press release.

Viral
Canadians Launch Viral #BoycottUSA Campaign Amid Trump-Trudeau Trade Spat
The Department of Commerce will make space safety data and services available to the public, while the Defense Department will catalog all space objects, the release noted.

The directive also seeks to streamline regulatory processes that have inhibited commercial efforts to develop space launch and exploration technology, according to the release.