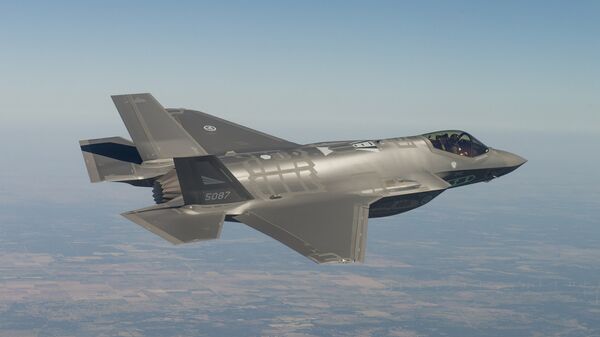 US lawmakers have introduced a bill that proposes banning the shipment of F-35 jets slated for Turkey unless it cancels its deal with Russia on the purchase S-400 air defense systems.

Turkish Defense Minister Nurettin Canikli has warned the US against preventing the new F-35 jets from being shipped in accordance with their contract, the Turkish news agency Anadolu reported. Canikli branded Washington's threats to block Turkey from acquiring the cutting-edge jet unless it abandons its agreement with Russia on the delivery of S-400 systems as "blackmail."

He also recalled that Ankara has fulfilled its obligations pertaining to the F-35 development project and has already paid $800 million out of a total $11 billion for 100 jets. He added that making such additional demands to the original agreement is not acceptable from either a diplomatic or an economic point of view.

At the same time, a Lockheed Martin spokesman confirmed to the media outlet Defense News that the company is still aiming to deliver Turkey's first F-35 in according to schedule on June 21. According to the spokesman, it will be delivered to Luke Air Force Base in Arizona, where Turkish pilots will familiarize themselves with the new jet.

The US Senate will be voting on the bill proposing that Washington halt the transfer of F-35s to Turkey until the Department of Defense submits a report on Turkey's deal with Russia on acquiring S-400 air defense systems.