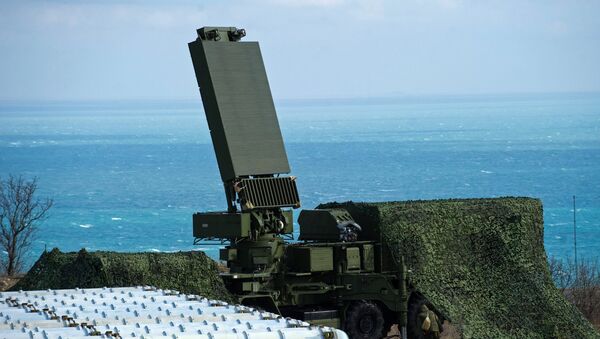 Turkey is eyeing a long-range missile defense system of its own as part of its current effort to enhance the county’s defensive strategic military capabilities.

Ankara is looking forward to the joint production of a new generation S-500 air and missile defense system with Russia, President Recep Tayyip has said.

“I have contacted President Putin with a proposal about the joint production of the S-500,” Erdogan said in an interview with 24 TV.

He didn’t mention the Russian president’s response to the idea or when exactly it had been pitched to Putin.

Turkey to Use Russia's S-400 Air Defense Systems If Necessary, Erdogan Says
Anadolu news agency has quoted the Turkish president as saying that Russia had given Ankara a loan to buy the S-400 missile systems on “very acceptable terms.”

“During the second and third stages we will proceed to the joint production of the S-500 systems,” Erdogan said.

The S-500 air defense system, to replace the current S-400 system, is being developed and is scheduled to enter service within the next 25 years.

Russia’s Defense Minister Sergei Shoigu earlier said that the new system would start being supplied to the armed force in 2020.

In February, then-Deputy Prime Minister Dmitry Rogozin told the newspaper Kommersant that the production of truck-mounted S-500 and S-400 systems was already underway in Nizhny Novgorod.

President Erdogan earlier noted that, if necessary, Ankara was ready to use the Russian-made S-400 missile systems.

“These are defensive systems, so why don’t we use them?” he stated.

According to the Turkish Defense Industry Secretariat, Ankara will buy two batteries of S-400 missiles which will be manned by Turkish military personnel.

The S-500, to form the upper tier of Russia’s layered air defenses, is expected to be able to engage targets at altitudes of over 60 miles, to engage targets which are out of reach for all missile defense systems now in existence.

The system will be able to detect and simultaneously engage up to ten ballistic missile warheads flying at speeds of over four miles a second. Its one-of-a-kind self-homing warheads search for their targets and, finding them, switch to an automatic-homing mode.

The S-500 is also the only missile defense system capable of engaging hypersonic targets.