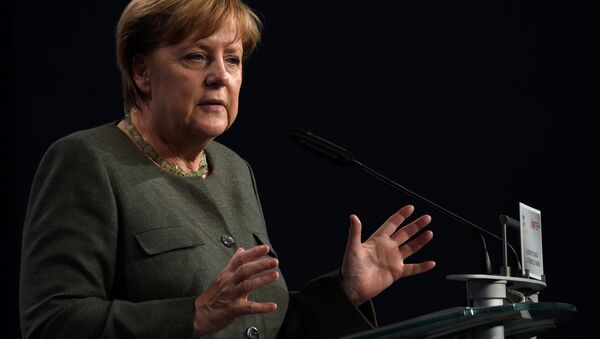 The politician said on Thursday that dealing with illegal migration is of great importance for the whole region and stressed that all EU countries should unite their efforts.

"I personally think illegal migration is one of the big challenges for the European Union so I don't believe we should act unilaterally, we should not act in an uncoordinated way and we should not act at the expense of third parties," German Chancellor Angela Merkel said during a press conference.

Her statement comes as her party members discuss a new plan for migration that would enable the local authorities to reject migrants who have been registered in other EU countries.

The renewed debates on the migration crisis gained force after Italy refused to allow a migrant ship to dock at its port and set foot in the country earlier this week, triggering condemnation and a wave of criticism.

Since 2015, Europe has been struggling to cope with the effects of hard-to-control immigration, with hundreds of thousands of migrants fleeing their conflict-torn countries in the Middle East.

Although Brussels introduced special quotas to distribute migrants in the bloc more evenly, some European governments have refused to follow the regulations, calling for closing the borders and tougher measures toward the newcomers.