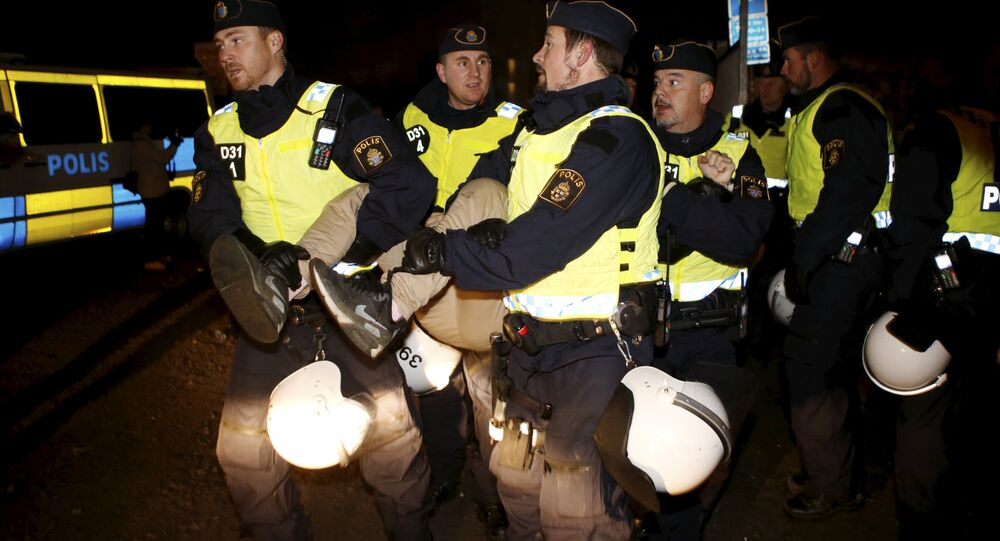 The European Union’s (EU) migration policy has been a matter of much debate in recent years, particularly at the height of the migrant crisis, with millions of refugees arriving and settling in member states in the space of two years.

The additional funds would be spent on improving border enforcement and management coordination between EU member states. Furthermore, the plans propose the formation of a corps of 10,000 border guards for the European Border and Coast Guard Agency (Frontex.)

© AFP 2021 / PHILIPP GUELLAND
'Islam Doesn't Belong to Germany' Remark Sparks Debate Over Migrant Crisis in EU
For the 2021 to 2027 period, the union’s border control budget will increase from €13 billion to €34.9 billion (around $41.27 billion at the current EUR/USD exchange rate), based on the proposals.

“Based on past experience and the knowledge that migration will remain a challenge in the future, we are proposing an unprecedented increase in funding,” European First Vice-President Frans Timmermans said on June 13.

“Strengthening our common EU borders, in particular with our European Border and Coast Guard, will continue to be a big priority. Increased flexibility of our funding instruments means we are ready to support Member States quickly; where they need it, when they need it – particularly in the event of crisis,” he added.

A reserve fund of just over €3 billion would also be created to help the bloc deal with “unforeseen” developments that could place strain on the EU’s borders, according to the recently unveiled proposals.

© REUTERS / Laszlo Balogh
Hungary Slams EU Quotas, Says Settling Each Migrant Will Cost $35,000
EU quotas to distribute migrants already in the bloc more evenly across member states have not gone down well with some European governments, especially in Hungary and Italy.

Earlier this week, Italy refused to allow a migrant pock to dock at its port and set foot in the country, triggering condemnation and a wave of criticism from France. The boat later docked in Spain after it was redirected there.

'Change Software': French Politician on How EU Should Deal With Migrant Crisis