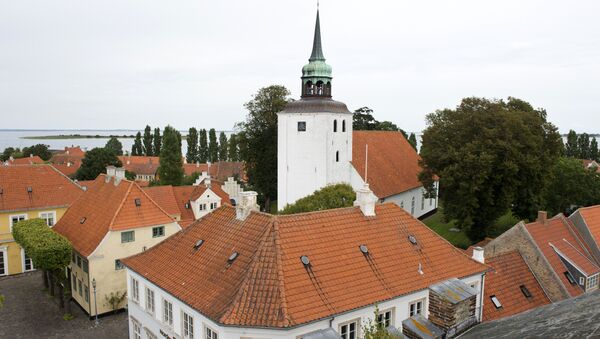 Sociologist Henrik Dahl has called the consequences of mass immigration from the Middle East an "existential threat" and ventured that Denmark will no longer be Protestant by 2050 unless the influx from that particular area is slowed down or throttled completely.

In his opinion piece published in the Berlingske daily, Henrik Dahl stressed that it would be a mistake to indiscriminately portray immigration as such as an existential threat, yet warned against "Mid-Easternization" of Denmark and called for keeping immigration from that area minimal.

Dahl lifted the renowned football club Aalborg BK, which today is seen as part of Danish culture, as a positive example of immigration, as it was founded by British engineers laying the Jutland railway.

On the other hand, Dahl pointed out, the influx of migrants from the Greater Middle East (GME) is fraught with economic and societal difficulties.

Earlier this year, the Finance Ministry estimated the annual cost of non-Western immigration at a whopping DKK 33 billion ($5.2 billion) until 2100.

"This is a lot of money. For instance, this corresponds to 32 new F-35 fighter jets every year," Dahl pointed out. Although the state will most likely find the necessary money, this will happen at the expense of other things which would have otherwise been prioritized highly, such as health, elderly care, education and research.

However, Dahl found the rising proportion of Muslims as a direct consequence of such immigration to be much more worrying. At present, the percentage of Muslims in Denmark is estimated at about 5 percent. By contrast, neighboring Sweden has one of Europe's highest proportions of Muslims at 8.1% (on par with France, Belgium and the Netherlands). According to Dahl, parallel societies, radicalization, crime and anti-Semitism are the regrettable downside of Muslim immigration.

A jump in the GME population percentage from five to ten percent, Dahl, pointed out, would lead to a repetition of the Swedish, French, Belgian and Dutch experiences, which are major, but locally contained problems in maintaining law and order, as well as compromises in freedom of expression, freedom of religion and assembly and modern rights, including sexual rights.

"A society with a GME population of 10 percent will have the average behavior and look very similar to ours. It will only be characterized by 'heavy security decisions' with guards, surveillance, bollards in pedestrian streets and so forth," Dahl wrote.

The problem is that even if Europe completely sealed off its borders tomorrow, the share of the population of Mid-Eastern origin would continue to rise, Dahl pointed out. At the current rate, every third Swedish citizen will have a GME-background by 2050, compared with 16 percent in Denmark.

"The existential threat begins at about 15 percent," Dahl argued. Afterwards, a Scandinavian country will cease to be Lutheran, becoming a "Mid-Easternized," with essential political, cultural and religious concessions granted to the Muslim population.

Unlike other European states, Denmark is not a secular state by definition, as it has preserved a link between the Lutheran Church and the state. As of today, 75 percent of the population are members of the Church of Denmark, which is Protestant in classification and Lutheran in orientation.

Henrik Dahl is a researcher, debater, award-winning journalist and MP representing the party Liberal Alliance, which is self-described as "classical liberal." He has a PhD from the Copenhagen Business School and is the author of several books.