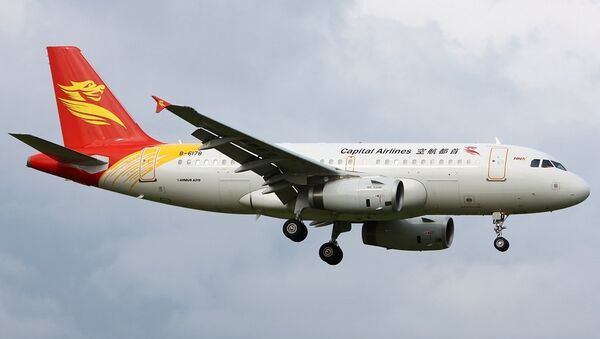 According to the Aviation Herald, the crack occurred after the aircraft "encountered severe turbulence and jolted." 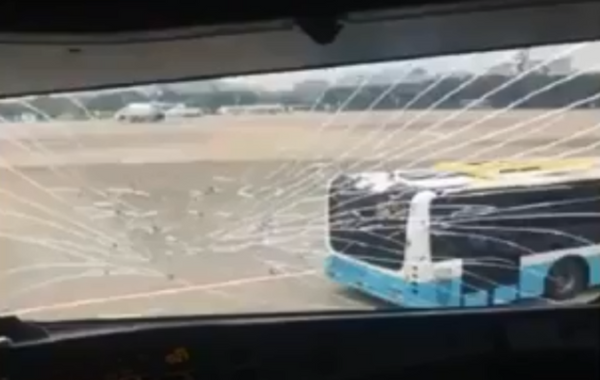 After taking note of the crack, flight staff informed the 211 passengers onboard that, due to a mechanical issue, the plane would be heading back to the airport, the South China Morning Post reported. Passengers were put on a different plane a few hours later and compensated with about $62 for the inconvenience.

Speaking to Beijing News, a passenger aboard the flight recalled being woken up by strong turbulence before being informed of the turn around.

"The plane was descending very fast," the passenger identified as Fang told the publication. "It was like being on a Turbo Drop [vertical drop amusement ride]. The whole process lasted for five to six minutes."

Another passenger told CCTV that they'd never "witnessed such strong turbulence" and that "many of the children in the cabin were scared and crying," the Post reported. Authorities investigating the incident later explained to CCTV that only the outer layer of the glass had been cracked, stressing that the two additional layers of the window that remained intact were sufficient to protect the cockpit.

The plane, an Airbus A321, had only been in operation for some two months, CGTN reported. The incident is currently under investigation by the Civil Aviation Administration of China's East China Regional Administration.

Tuesday's incident was the second time this month that a Chinese flight was forced to make an unscheduled landing over a cockpit window problem. In early May, Sichuan Airlines flight 3U8633 was forced to make an emergency landing May 14 at China's Chengdu Shuangliu International Airport after one of the airplane's cockpit windows fell off mid-flight.