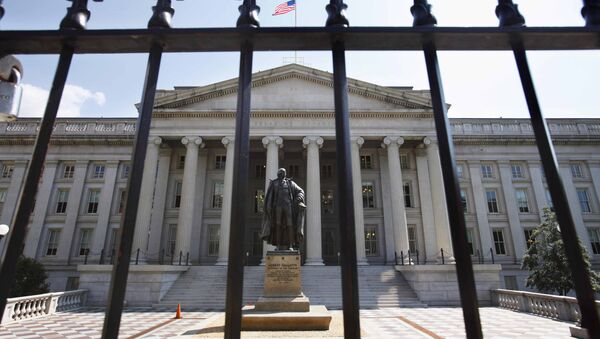 The day before, the US Treasury already sanctioned the head of Iran's central bank and Iraq-based Al-Bilad Islamic Bank over alleged ties to the Islamic Revolutionary Guard Corps (IRGC) and the Hezbollah movement, which Washington considers to be a terrorist group.

The US Treasury has imposed additional sanctions on six individuals, including Hezbollah leader Sayyed Hassan Nasrallah and the movement's deputy leader Naim Qassem.

In a statement on its website, the US Treasury Department said that it had imposed sanctions on the members of Hezbollah Shura council in partnership with Saudi Arabia and other gulf states.

Meanwhile, Saudi state news agency SPA reported that Saudi Arabia along with other members of the Gulf Cooperation Council had put 10 members of Hezbollah leadership on their terrorism lists.

Previously, Sheikh Naim Qassem said that Hezbollah would shield Lebanon from any schemes to "subordinate Lebanon [to foreigners]," adding that the United States and Israel "spare no efforts to attack Lebanon and impose sanctions" on the Shia organization.

Hezbollah is a Lebanon-based Shia group founded in the 1980s, which has engaged earlier in several military conflicts with Israel. The group is also supportive of incumbent Syrian President Bashar Assad, a representative of the Alawites, a Syrian Shia minority.