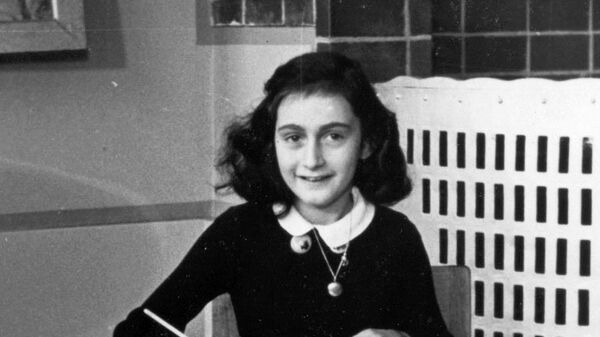 Anne Frank attempted to hide two pages in her diary containing "dirty" jokes and descriptions of "sexual matters" by pasting brown paper over the pages in her notebook, researchers have revealed.

The discovery was made after new digital technologies were applied to the text, making it the first time the writing has been seen since Anna committed it to her diary on September 28 1942, barely two months after she and her family went into hiding.

Researchers at Anne Frank House suggest the young girl concealed the writing in order to prevent prying eyes from seeing her most salacious private thoughts.

"I'll use this spoiled page to write down 'dirty' jokes", Anne writes at the top of the page, before listing four such quips. From these jokes Anne moves on to the subject of sex education, which she pretends she has to give to someone else. At the end, she explicitly names her father, who'd been in Paris and saw houses with prostitutes.

"I sometimes imagine someone might come to me and ask me to inform him about sexual matters. How would I go about it?" Anne asks rhetorically. 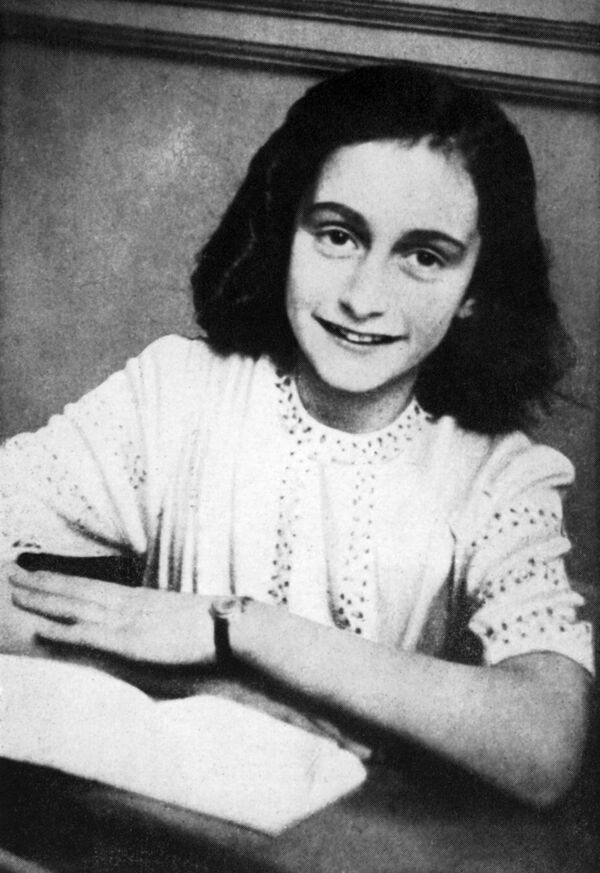 A picture released in 1959 shows a portrait of Anne Frank who died of typhus in the Bergen-Belsen concentration camp in May 1945 at the age of 15
© AFP 2022 / ANNE FRANK FONDS
She then attempts to answer, addressing her imaginary audience of one with a lofty tone, using phrases such as "rhythmical movements" (sex) and "internal medicament" (contraception). She also references menstruation — "a sign she is ripe".

Anne goes on to write four "diary letters" to her circle of imaginary friends, such as Kitty, Pien and Loutje. She had little else to do but write that day — as she herself records, workmen were busy removing the office toilet immediately below the secret annexe, so any sound from her family's hiding place was extremely hazardous and had to be avoided at all costs.

The 13-year-old then added comments to 18 earlier "diary letters", penning additions to photo captions, a letter from her father and a letter from her friend Jacqueline van Maarsen she'd earlier stuck into her diary. Anne also compiled a list of twelve signs of beauty, assessing the extent to which she lived up to them, and ruminates on how afraid she was the people in hiding would be discovered, and how much support her diary gave her.

'Impious'? Outrage Over Anne Frank Name on New German Train
During her time in hiding, she wrote two versions of the diary. The first was written in a series of small notebooks, from her 13th birthday on June 12 1942, until August 1 1944, and was intended for her eyes only — one day however, she heard on the radio the Dutch government in exile was planning to publish eyewitness accounts of citizens' suffering under Nazi occupation, and she resolved to write a new book she called "The Secret Annexe" based on her diaries.

While she hoped to publish the book after the war, and completed 215 loose pages in two months, in August 1944 she and her family were discovered, arrested and deported. She died in the Bergen-Belsen concentration camp three months before her 16th birthday in 1945, mere weeks before its liberation by the British 11th Armed Division. 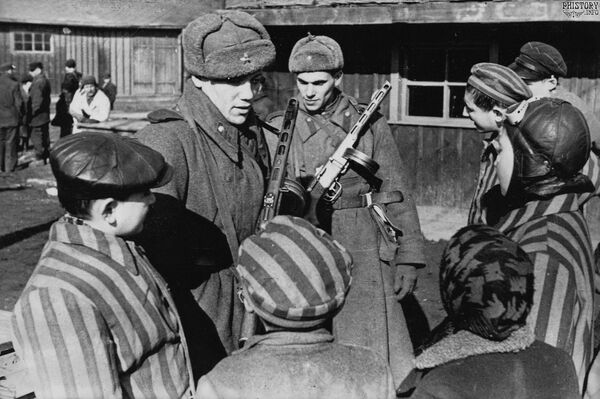 Researchers at the Anne Frank House discovered the pages while they checking its condition and photographing the pages in 2016 — the notebooks are in storage for safe keeping and only examined once every 10 years. It has taken two years to announce the discovery as until now technology allowing researchers to look at the covered pages without destroying them wasn't available.

"The 'dirty' jokes and the passage on sex education are not exceptional in Anne's texts as a whole. She also recorded "dirty" jokes or wrote openly about sexual subjects. The covered pages do not alter our image of Anne. She regularly recorded "dirty" jokes or dealt with sexuality in her diary. Over the decades Anne has grown to become the worldwide symbol of the Holocaust, and Anne the girl has increasingly faded into the background. These — literally — uncovered texts bring the inquisitive and in many respects precocious teenager back into the foreground," the Anne Frank House said in a statement. 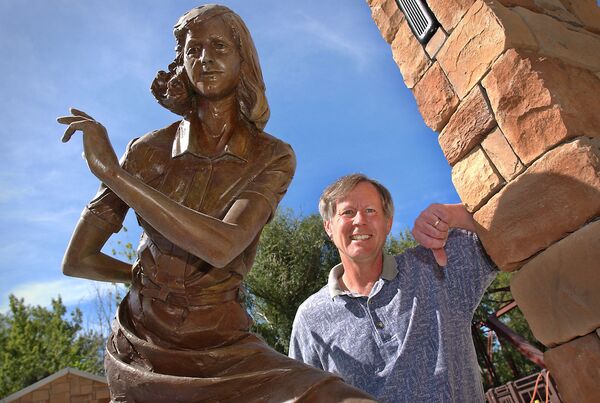 Anne Frank Human Rights Memorial in Boise, Idaho
© AP Photo / Troy Maben
It's not the first time ‘new' writing by Anne has been discovered — in 1998 three loose pages, with five written sides, from one diary came to light. Researchers are conscious of the ethical issues involved in publishing Anne's innermost private thoughts, particularly given no member of her immediate family is still alive to sanction their issue. However, Anne Frank House believes the pages' publication is justified as her diary papers have UNESCO world heritage status, and the text offers the possibility of gaining a better insight into the way the diary papers were created.

"Rejected versions are just as important for insight into her working method as passages that were added. From an academic point of view, making them accessible is just as much a matter of course as revealing a hidden image beneath a painting by Rembrandt," they write.