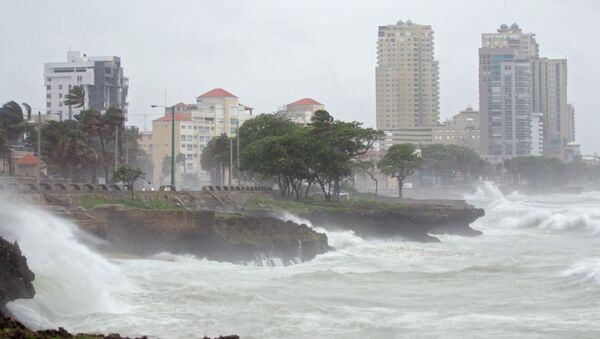 Beijing continues to lure away the handful of countries which still maintain diplomatic ties with Taiwan.

On Tuesday, the Dominican Republic became the latest country to break away from Taipei and establish diplomatic relations with mainland China.
Sputnik Mundo has discussed the reasons behind this dramatic U-turn and its potential impact for the region with Andrei Sidorov, an assistant professor at the Moscow State Institute of International Relations in Moscow.

“The Central American countries are not happy about their overdependence on the US and they need a counterbalance in their relations with Washington. China could become exactly the counterbalance they need,” Sidorov said.

According to him, the Central American states “maintain diplomatic ties with Taipei as a result of strong pressure from the US so that Taiwan stays afloat.”

Dominican Republic Establishes Relations With China, Severs Ties With Taiwan
“Therefore, this is a bold and even a revolutionary step on the part of the Dominican Republic,” Sidorov observed.

The expert mentioned several factors that could have prompted Santo Domingo’s turn towards Beijing.

He also said that Santo Domingo’s decision to turn to Beijing could have been inspired by the close and mutually-beneficial relations existing between China and Cuba.

According to the expert, US President Donald Trump’s recent insult to Domenica’s neighbors El Salvador and Haiti, which he called “shithole countries,” has added to the Latin American country’s decision to break free from US patronage and strike a relationship with China.
Dominican Foreign Minister Miguel Vargas has hailed the beginning of what he described as “a new strategic phase” in bilateral relations.

His Chinese counterpart Wang Yi heaped praise on Beijing’s new ally, calling it “the largest economy in Central America and the Caribbean,” which plays “a major role” in the region.

Andrei Sidorov added, however, that the Dominican Republic was unlikely to take “too revolutionary steps” for fear of antagonizing Washington.

“China has emphasized economic cooperation [with the Dominican Republic] in order to allay US fears. China and the Dominican Republic will be watching their step here. There is no talk about any Chinese military presence in the country, nor of any intelligence gathering activities there,” Sidorov said.

This does not mean, he added, that China will not try to expand its presence in the region.

“China will be trying to move in and establish a kind of a relationship with the Dominican Republic that would look attractive to other regional countries, that is mutually rewarding economic relations without spoiling relations with the US. This is a fine line the two countries will have to walk,” he added.

The Dominican Republic is not the first Latin American country to turn away from Taiwan and establish diplomatic relations with Beijing. Panama did exactly that in 2017.

“This means that US domination in the region is no longer as undisputed as it was before,” Andrei Sidorov concluded.