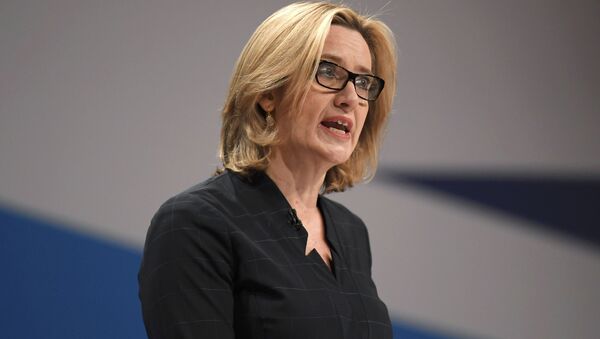 The UK government, particularly the Home Office and Prime Minister Theresa May, have come under immense scrutiny over their involvement in the ongoing Windrush Scandal.

Labour’s Shadow Home Secretary Diane Abbott today called on her in-office counterpart Amber Rudd to resign after she admitted that her department had been setting immigration officers targets to deport illegal immigrants from the UK.

"When Lord Carrington resigned over the Falklands, he said it was a matter of honour. Isn't it time that the Home Secretary considered her honour and resigned?" Shadow Home Secretary Diane Abbott said on April 26.

The home secretary previously denied the use of such targets and a spokesperson for PM May's office later said the prime minister has "full confidence" in Amber Rudd.

Abbott’s comments come just a day after the leader of her party, Jeremy Corbyn, also said the home secretary should stand down.

“The current home secretary inherited a failing policy and made it worse. Isn’t it time she took responsibility and resigned?” leader of the Labour Party, Jeremy Corbyn, said on April 26 during the weekly session of Prime Minister’s Questions (PMQs) in the House of Commons.

Amber Rudd has so far shrugged off these calls, but she did admit that she should have realized the Home Office’s “systemic problem” with regard to the Windrush generation sooner.

PM May has also come under fire for her suspected role in the Home Office’s policy and hostility toward the Windrush generation, as she formerly headed the department.

Windrush: Britons Asked to ‘Prove They are Worthy of Citizenship’
Dawn Butler, Labour’s shadow women and equalities secretary said May could personally be accused of racism, and insisted that action must be taken to settle the immigration status of the Windrush generation.

The scandal escalated last week after it transpired that migrants from the Caribbean who settled in the UK decades ago were asked to prove right to remain in Britain. The Home Office subsequently issued an apology to the Windrush generation and said they are highly-valued members of society.

The Windrush generation came to the UK from the Caribbean in the aftermath of World War II after being invited in to help with labor shortages and Britain’s economic turmoil.

They were dubbed the Windrush generation after to the name of the vessel – the HMT Empire Windrush – which transported the first batch of migrants from the Caribbean to the UK.