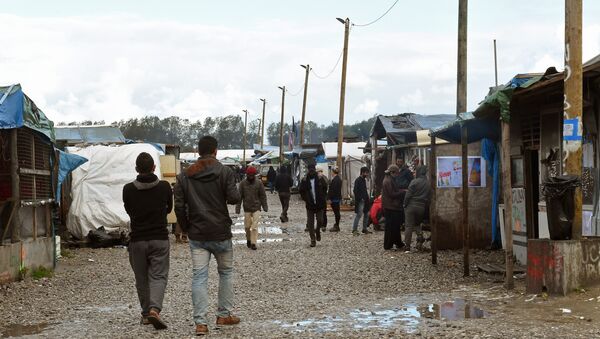 MOSCOW (Sputnik) - The National Assembly, the lower house of the French parliament, adopted in the first reading the legislation, introducing changes to asylum and immigration policies, the data, published on the National Assembly's website showed.

The bill on "controlled migration, right for asylum, and successful integration" was endorsed by 228 parliamentarians, while 139 lawmakers voted against the legislation, and 24 other parliamentarians abstained from the vote during the session on Sunday.

The legislation was supported by the parliamentary majority of the coalition between President Emmanuel Macron's LREM party and the Democratic Movement (MoDem) party, as well as the UDI, Agir and Independents group. The Republicans party, the members of the Front National party, and the lawmakers from the left-wing groups, including La France Insoumise, voted against the bill.

'Rebel Against Migration': Defend Europe Group Blocks France-Italy Border Areas
The new legislation aims to speed up the review process for asylum claims, but on the other hand, it increases the government’s ability to those who had failed to obtain the asylum status. The bill needs further approvals to become a law.

The adoption of the asylum law reform followed days of discussions in the National Assembly, with numerous parliamentarians, including the LREM members, expressing their disagreement with the legislation, and calling it unbalanced and violating human rights.

Rights watchdogs have also expressed their concerns about the planned French asylum reform, saying that it would undermine the asylum-seekers’ rights.