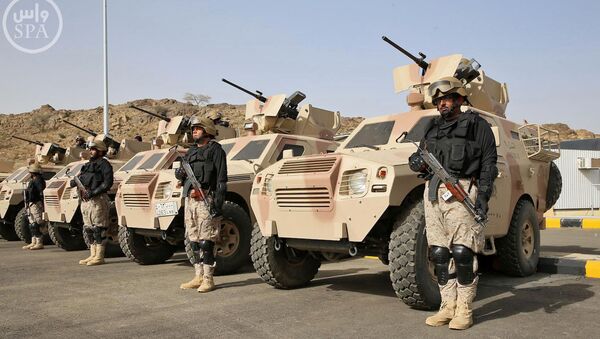 During its latest summit, the League of Arab States has called for an international investigation into the alleged chemical weapons' use in Syria and slammed what it described as Iran's meddling in the affairs of other countries.

Saudi Foreign Minister Adel al-Jubeir said Monday that Riyadh is willing to send troops to Syria as part of a wider international coalition if it receives a proposal to do so, as cited by Saudi State TV.

"We've been discussing sending forces from the Islamic Military Counter Terrorism Coalition to Syria," the minister said at the joint press conference with UN Secretary-General António Guterres after a meeting in Riyadh.

This comes as on Monday, the Wall Street Journal reported that the US administration was considering replacing US troops in Syria with the forces of the Arab countries to stabilize the situation in country's northeast after the defeat of Daesh. US National Security Adviser John Bolton reportedly contacted Egypt’s intelligence chief Abbas Kamel to discuss the matter.

However, Yahya Kadwani, deputy chairman of Egypt's parliamentary committee has told Sputnik Cairo would deploy its troops to Syria only after UN Security Council approval, but the matter has not been discussed by lawmakers.

Arab Journalist on Syria Strike: 'This Was an Attack of Three Mafia Gangs'
Meanwhile, experts from the Organization for the Prohibition of Chemical Weapons (OPCW) fact-finding mission were deployed to Syria to investigate the allegations of a chemical attack last week. OPCW Director-General Ahmet Uzumcu said that the mission had not reached Douma yet, as Syrian and Russian officials informed it that there were still pending security issues.

Western countries have accused Syrian government forces of an attack with the use of chemical weapons in Douma on April 7. The Russian Foreign Ministry said that rumors of gas poisoning in Douma were spread to justify foreign interference. The General Staff of Russia's Armed Forces said it warned about a planned provocation in Syria as early as March 13.

After that, the United States, the United Kingdom and France launched strikes against a number of targets in Syria early on Saturday.

Damascus has consistently reported it had destroyed its chemical weapons with the OPCW confirming this in 2016.