Beijing Says Ready to Give Mirror Response to New US Tariffs 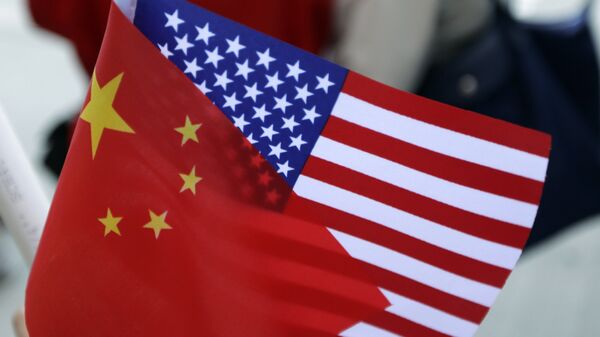 © AP Photo / Ted S. Warren
Subscribe
International
India
Africa
BEIJING (Sputnik) - China is ready to adopt "mirror-like" measures in response to the new US tariffs that could be introduced against about 1,300 Chinese products, the Chinese Ministry of Commerce said in a Wednesday statement.

On Tuesday, the Office of the US Trade Representative said in a press release that the United States was set to impose additional tariffs on around 1,300 Chinese products, including those produced by China's aerospace and information technology industries.

"Basing on the Chinese legislation regulating the foreign trade we will prepare the steps, which will be equal in strength and scale to the ones adopted by the United States. These measures will be announced in the near future," the statement said.

US Unveils Tariffs on China's Aerospace, Communication Technology Imports
According to the statement, China has capacities to respond to any protectionist steps of the United states in the sphere of trade.

Meanwhile, State Department reported earlier that US Acting Secretary of State John Sullivan would meet with Chinese Ambassador to the United States Cui Tiankai at the State Department on Wednesday.

"Acting Secretary Sullivan meets with Chinese Ambassador to the United States Cui Tiankai, at the Department of State," the schedule showed. The schedule noted that the meeting is closed to press coverage.