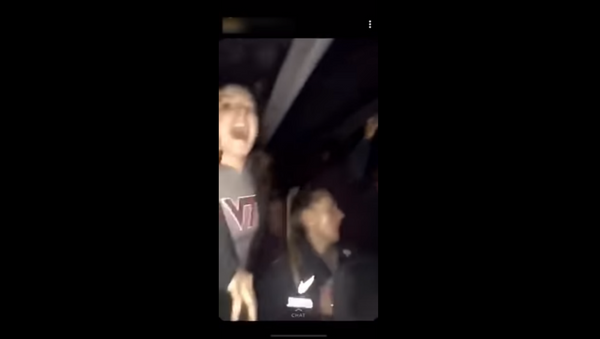 The song, which is a parody of the 2003 film starring Lindsay Lohan and Jamie Curtis, discusses the newfound freedom of not being racially profiled and being allowed to say ni**a after both artists mysteriously switch lives.

Footage of the team singing along to the song went viral Sunday after the cheerful athletes were recorded disregarding the racial slur. What seemed to go unnoticed by the athletes, as many critics have pointed out, is that Lil Dicky is suggesting that he could only say the word if he were black.

Though the video was initially uploaded onto Snapchat, it ultimately wound up on YouTube and made the rounds on several social media platforms.

In response to the bubbling outrage over the weekend, head coach John Sung gave a phone interview to the Roanoke Times and described the incident as a "teachable moment."

The coach later noted that there "was no malice involved" and that the players "thought that they were singing along to a song."

Apologies aside, netizens have a thing or two to say on the matter.

​It's unclear whether the players will be met with any disciplinary action.