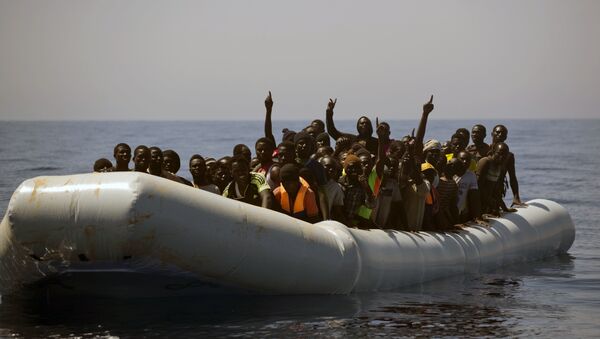 MOSCOW (Sputnik) - The International Organization for Migration (IOM) and the United Nations Office on Drugs and Crime (UNODC) will work together to combat migrant smuggling, the IOM press service said on Wednesday.

The two UN offices will address the problem of migrant trafficking by promoting research, developing prevention strategies and action plans, and enhancing countries’ capacity to disrupt smuggling activities, according to the IOM press service.

"We must work together to deny criminals the means and opportunity, to protect the lives and safety of people, and end the impunity of smugglers," UNODC Executive Director Yury Fedotov said, as cited in the press release.

According to the UN report on trafficking in persons, thousands of migrant trafficking victims are detected every year, the majority of them are females. Most detected cases involve more than one country, and most of the victims move across at least one international border.