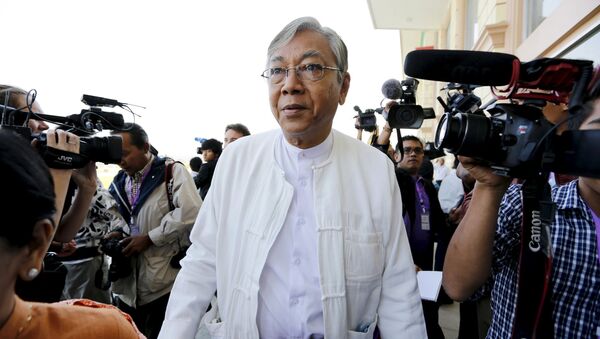 The President’s Office said in a notice that the president wanted to “take a rest”, adding that he will be replaced within seven working days, the Frontier Myanmar media outlet reported.

Under the country’s legislation, Vice President Myint Swe will serve as acting president until the national parliament elects a new president.

The reason for the resignation hasn't been disclosed, however, it comes amid tensions between Myanmar's Buddhist majority and its Rohingya Muslim minority in Rakhine province that had intensified in August 2017. Government forces began a sweeping crackdown against the minority group following a Rohingya militant attack on August 25.

More than 650,000 Rohingya fleed from Myanmar to Bangladesh to escape government repression. Those who have remained in Myanmar have been stripped of their land and labeled stateless.