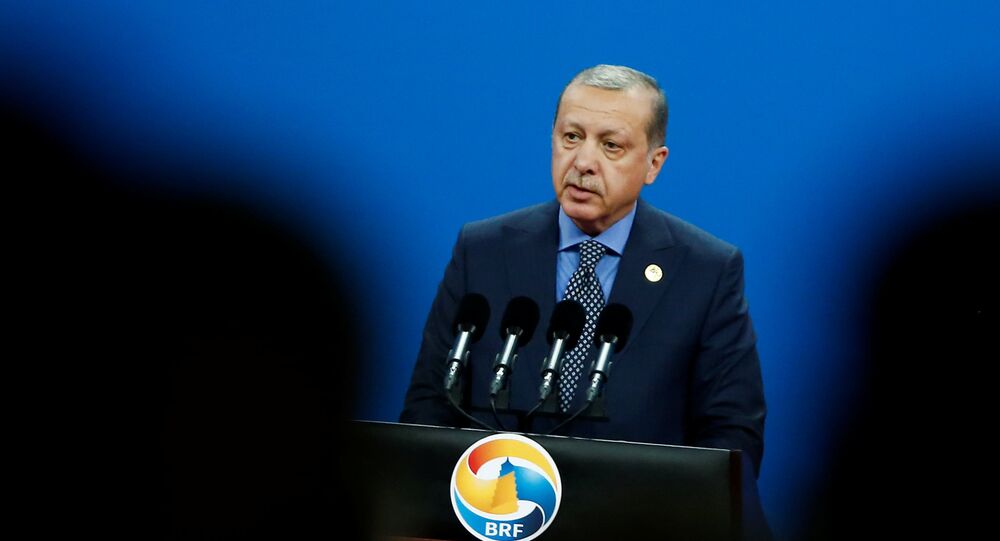 Turkish President Recep Tayyip Erdogan said Sunday at the Science and Technology Summit of the Organization of Islamic Cooperation (OIC) that his country was ready to help the Rohingya, a Muslim minority ethnic group in Myanmar who are fleeing conflict.

ASTANA (Sputnik) – Recep Tayyip Erdogan said in his speech at the summit, which is underway in Kazakhstan's capital of Astana, that Turkey had already notified Bangladesh, where many Rohingya refugees seek asylum, about its readiness to help.

The Turkish President also expressed readiness to work with the governments of Bangladesh and Myanmar to prevent cruelty toward the Muslim minority.

The two-day OIC summit kicked off earlier in the day.

© REUTERS / Mohammad Ponir Hossain
'Rook in Geopolitical Chess' Myanmar Exploits US-Sino Tensions in Rohingya Clash
The state of Rakhine in western Myanmar has seen a build-up of violence since the beginning of August, although the conflict itself is decades old. The government forces of predominantly Buddhist Myanmar have been clashing with Rohingya insurgents, with many civilians caught in the crossfire.

The government forces have been carrying out an operation against militants in the region since the end of August in response to coordinated attacks on several police posts, carried out on August 25.

Rohingya are denied citizenship under the Burmese law, have restricted freedom of movement and have limited access to civil services.

The crisis has made tens of thousands of Rohingyas leave Myanmar following the escalation. According to the UN World Food Programme (WFP), the number of refugees that have arrived in Bangladesh is estimated at about 146,000.