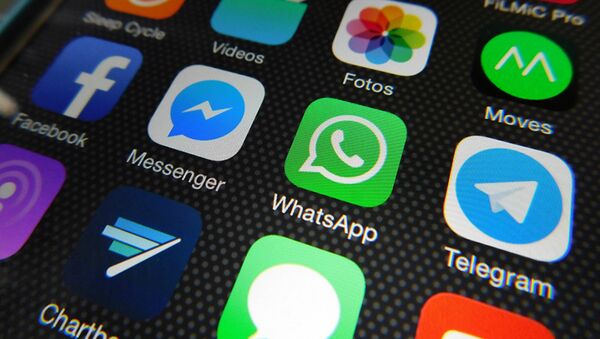 © Flickr / Microsiervos
Subscribe
On Sunday, the Indian Army released a video accusing the Chinese of hacking into WhatsApp, the popular social messaging app, to mine people’s personal information.

In a video posted on Twitter, the Additional Directorate General of Public Interface (ADGPI), the army's official handle, wrote, "The Chinese use all kinds of platforms to penetrate your digital world. WhatsApp groups are a new way of hacking into your system. Chinese numbers starting with +86 barge into your groups and start extracting all the data." Calls originating from China begin with the code "86."

"Destroy the SIM card if you change your number and delete your WhatsApp on that number," the army said in the video, which was reposted by Indian Information and Broadcasting Minister Smriti Irani.

According to cyber security experts, hacking WhatsApp does not require extensive technical knowledge. Last year, the Indian Army ordered its soldiers along the Chinese border, also referred to as the Line of Actual Control, to delete 40 applications deemed to be vulnerable to Chinese hacking.

The army's warning comes just months after Chinese and Indian armed forces ended a military border standoff over China's construction of a road in Doklam, which is situated between Tibet's Chumbi Valley to the north, Bhutan's Ha Valley to the east and India's Sikkim state to the west. The territory is claimed by both China and India's ally Bhutan. Although India does not claim Doklam, it supports Bhutan's claim of the disputed area.

Earlier this month, the Australian military banned employees from using WeChat, another popular Chinese social media platform. Until officials complete a security assessment of the application, Australian military members will be forbidden from accessing it.

The Australian government also recently announced that they will no longer be using phones from Chinese phone manufacturers Huawei and ZTE, which have both been accused of allowing the Chinese government to conduct espionage though their products.

This month, the Australian Department of Defense announced that they have stopped using Huawei phones and are in the process of phasing out ZTEs. US intelligence chiefs in February warned that the makers of those phones were "beholden to foreign governments" and that US users of their products should beware hacking and spying attempts.