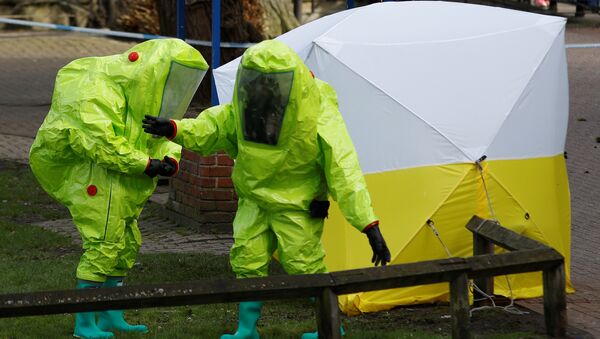 Almost twenty years ago, the US Department of Defense was involved in dismantling a chemical research institute in the former Soviet republic of Uzbekistan, where the Novichok nerve agent was tested, according to the New York Times.

A New York Times article published back in 1999 has revealed that the US closely cooperated with the former Soviet republic of Uzbekistan to decontaminate the Chemical Research Institute in Nukus, described by the newspaper as "one of the former Soviet Union's largest chemical weapons testing facilities."

According to the New York Times, the Pentagon planned to earmark six million dollars towards the demilitarization of the Nukus facility. 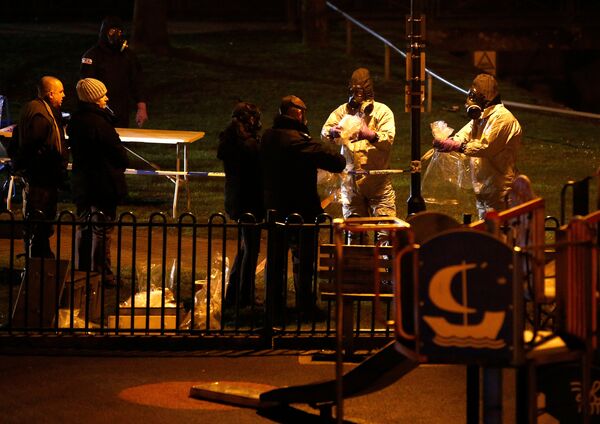 "Soviet defectors and American officials say the Nukus plant was a major research and testing site for a new class of secret, highly lethal chemical weapons called 'Novichok,' which in Russian means 'new guy'," the newspaper pointed out.

It was Chemical Research Institute employee Vil Mirzayanov who first claimed that the USSR allegedly produces chemical weapons, in violation of international conventions, according to the New York Times.

It cited Mirzayanov as saying that the Nukus plant was specifically built in 1986 to test "Novichok binary weapons designed to escape detection by international inspectors."

Recalling that Uzbekistan became independent in 1991 after the collapse of the USSR earlier that year, the New York Times said that "President Islam Karimov renounced weapons of mass destruction" because he was concerned over "the health and environmental impact of the Soviets' use of Uzbekistan" for the production of chemical weapons.

"Since then, his government has worked closely with American defense officials, granting them access to sites whose counterparts in Russia are still off limits," the newspaper said.

After UK Prime Minister Theresa May's address to the British MPs on March 12, Russia has reiterated that it has not only halted the production of the Novichok nerve agent allegedly used to poison the Skripals, but also destroyed all its stock, which was confirmed by international observers from the Organization for the Prohibition of Chemical Weapons.

READ MORE: MI5 Ex-Officer on Skripal Case: Media Has Run Whole 'Russians Did it' From Start

Former Russian intelligence officer Sergei Skripal and his daughter Yulia were allegedly poisoned by the toxic substance in  Salisbury, UK on March 4.
Russia vehemently rejects all the accusations of its involvement in the alleged poisoning, urging London to meticulously investigate the Skripal case before pointing the finger at Moscow.

UK Media Manipulates Facts Calling Skripal 'Russian Agent' - Russian Embassy
Russian envoy to the European Union Vladimir Chizhov, for his part, said that "Russia fears nothing" and that the "language of ultimatums will not work with it," in response to May demanding  Russia's explanation for the alleged poisoning by the end of Tuesday and threatening to apply harsh retaliatory measures.

Russian Foreign Minister Sergei Lavrov in turn urged the UK to stick to the Convention on the Prohibition of Chemical Weapons and provide Moscow with access to the samples of the nerve agent which was allegedly used to poison Skripal.

The Russian Foreign Ministry has, meanwhile, handed over a note of protest to British Ambassador to Russia Laurie Bristow over Moscow's alleged involvement in the Skripal case.