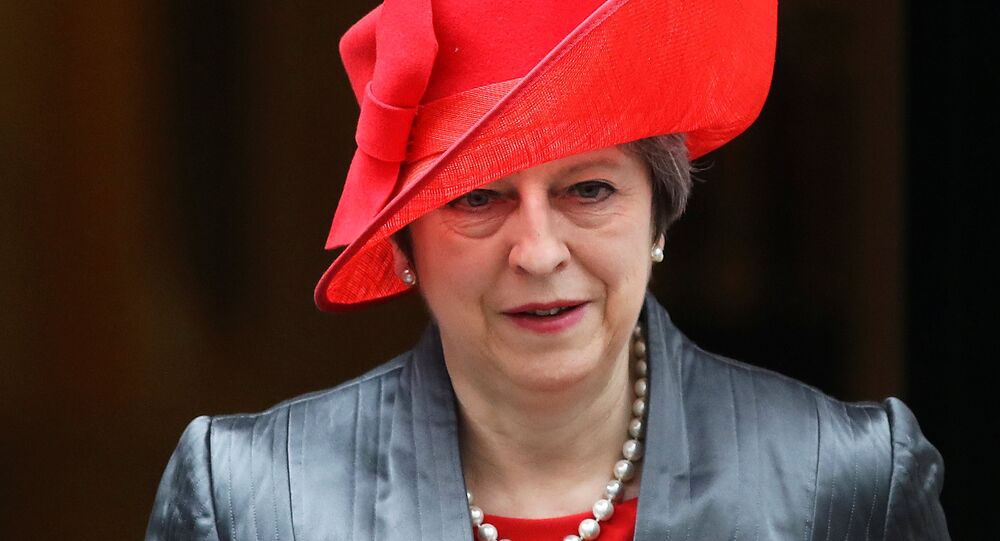 After the British premier detailed how the ex-Russian spy and his daughter were chemically poisoned in the British city of Salisbury allegedely with Russians involved, web users set about making a slew of hilarious memes.

Following Theresa May's address to the British MPs on March 12, Russia has reiterated that it not only halted the production of the so-dubbed Novichok, or "newcomers" nerve agent, allegedly used to poison the Skripals, but also destroyed all its stock, as confirmed by international observers of the Organization for the Prohibition of Chemical Weapons (OPCW). However, the British leadership appears to have turned a deaf ear to it. In the meantime, the Russian statement hasn't gone unnoticed on Twitter.

Most netizens have come up with a really stormy reaction to Theresa May's "circus" comment in the British Parliament on Monday as spokeswoman for the Russian Defense Ministry Maria Zakharova put it, saying it is based on no evidence.

Some called May's remarks most "pathetic warmongering," while others underscored them being absolutely groundless:

Only two possible explanations: #RussiaDidIt or #RussiaDidIt. Such absolutely pathetic #Warmongering with #US backing, no less. #NuttersAll!

The majority, however, chose to laugh it all off with a set of hilarious memes:

Some netizens are openly questioning how Russians thought they would be able to get away with it if they killed the former spy:

The question is — if The Russians did perpetrate that nerve agent poisoning to kill one former agent — how did they think they'd get away with it. If they didn't care through arrogance what can May possibly do that might impress them?

In one comment, a Twitter who goes by the name Ian56, even uploaded a hilarious picture of Theresa May holding a test tube in her hands, which immediately refers to the ultimatum she issued to Moscow demanding the Kremlin respond:

Another Twitter user touches upon a British nerve gas factory in Porton Down, a stone's throw from where the Skripals were poisoned, saying it would be strange to cite the Russian trace in the case given the aforementioned fact:

We are supposed to believe that someone brought nerve agents from Russia to poison people just a mile away from British nerve gas factory in Porton Down? what kind of madness is this?

In the meantime, May is giving in to her delusions and assails the audience with yet another set of fallacies, saying it is "highly likely" that Russia is behind the nerve agent assault.

Does the phrase ring a bell? Yep, those are the exact words one of May's predecessors, Tony Blair, notoriously pronounced with regard to Saddam Hussein being "highly likely to" hit the UK with a chemical weapon missile in less than an hour. The Twitterati were quick to make mention of this.

Others immediately recalled that Russian oligarchs and their associates had registered donations of more than £820,000 to the Conservative Party since Theresa May became prime minister, thus questioning if these were ever to be returned:

Theresa May says there will be a robust response in the event of credible evidence of Kremlin involvement in the nerve agent poisoning case… though not amounting to the return of £820,000 worth of… err, donations.

There are also those, engaging in conspiracy theories and mentioning Ukraine as a potential perpetrator:

Some Russians are suggesting that Ukraine may still have Soviet era stockpiles of Novichok Nerve Agent & Ukraine Neo Nazis could have poisoned #Skripal as a #FalseFlag to escalate hostilities against Russia.
Its possible but there's no evidence to support it. pic.twitter.com/CM9mHU7PPx