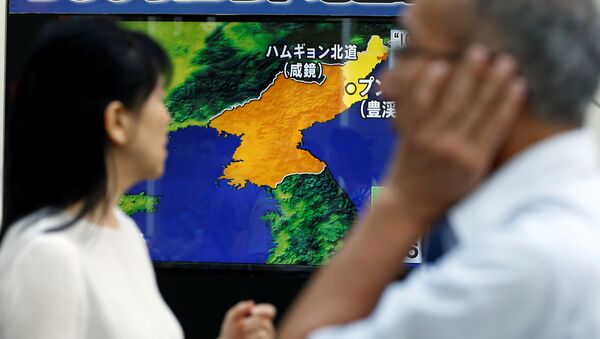 "We have to react in light of the fact that past dialogues with North Korea did not lead to denuclearization… There is no change in the policy of maximum pressure on North Korea in cooperation with the United States and South Korea so that Pyongyang abandons its nuclear and missile program, " Suga said at the press conference.

The official reiterated his stance that "dialogue for the sake of dialogue does not make any sense."

The comments come as a South Korean delegation headed by National Security Office Chief Chung Eui-yong has returned from a two-day visit to North Korea on Tuesday.

Asia
Inter-Korean Relations Improving, Though Without Progress on Denuclearization
The sides reached a historic agreement on holding the third ever summit of the countries’ leaders in late April, according to the South Korean presidential office.

The two countries also agreed to open a special hotline between their leaders. The North Korean side expressed its willingness to hold talks with the United States and freeze nuclear tests and missile launches during the negotiations. Pyongyang has also pledged not to use nuclear or conventional weapons against South Korea, according to Seoul.