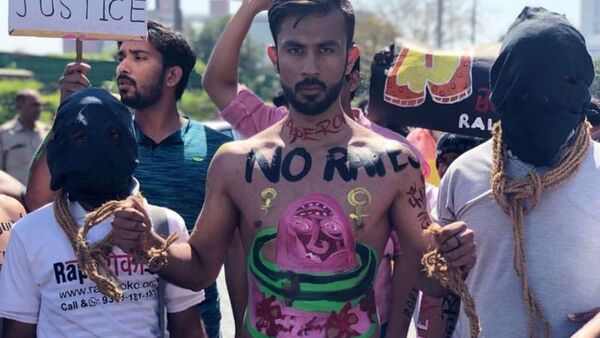 New Delhi, which has gained notoriety as "India’s rape capital" owing to the alarming number of sexual assaults faced by women of all ages was recently rocked by the rape of a six-month-old girl by her cousin.

New Delhi (Sputnik) — In a movement spearheaded by Swati Jai Hind, head of the Women's Commission of Delhi, hundreds of men marched to the heart of the city, to Connaught Place, to protest the recurring incidences of rape in the Indian capital.

The protest march was part of the #RapeRoko (meaning stop rape) movement which is aimed at exerting pressure on the administration to enact a rule whereby the trial period for cases pertaining to the rape of a minor should not exceed six months. 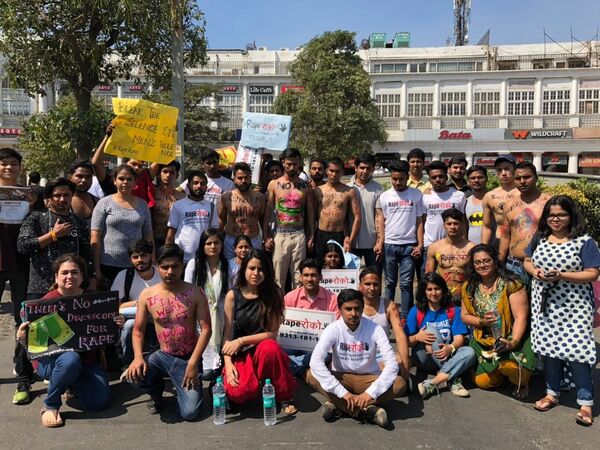 Over 5 Lakh letters written to PM Modi demanding death for child rapists. This as part of the ongoing #RapeRoko campaign by DCW will be hand delivered at the @PMOIndia shortly. pic.twitter.com/bsBiK6iWv4

Boys and men supporting the movement marched without their shirts, clad in their boxer shorts to give a message to society that "clothes do not cause rape, sick mentality does."

The volunteers in a unique manner have challenged the mindsets that tend to shame the survivors. 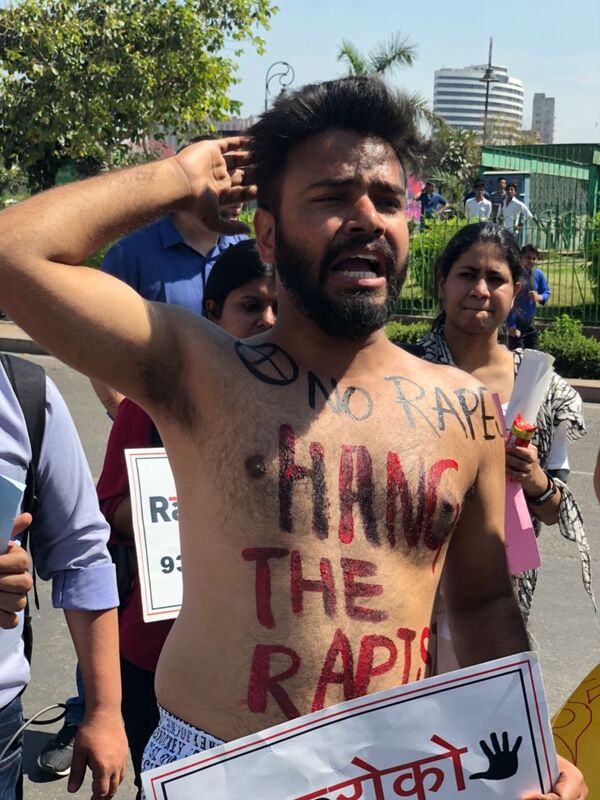 They carried placards that read "Her clothes are not short, your mentality is" and "What clothes was the 8-month-old baby wearing?"

The movement was also supported by many women who marched along with the men. 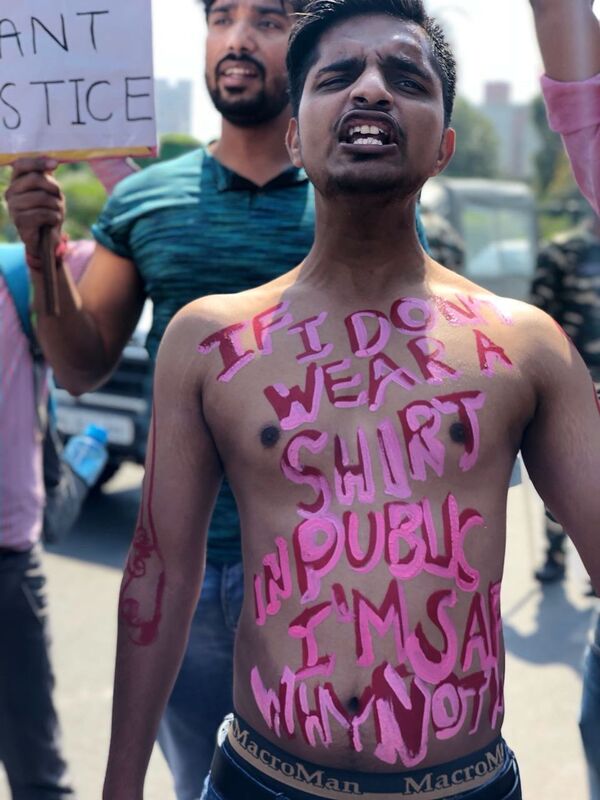